We were contacted by Alan’s son who very kindly sent us some photographs of his father’s time in 601 in the latter war years (Italy 1945).  While we do not have many specifics about Alan’s career in the RAF, there is an excellent account at the the BBC People’s War site put up by Charles:

My father Alan Charles flew the fighter bomber version of the Spitfire in Italy, here is his story.
Ballaria Italy 20th March 1945.

Our flight of 6 aircraft was ordered to attack barges on the River Po, but didn’t find any. However on the nearby river Adige we found 6 barges and my wingman and I were told to attack 2 of them that were hidden under some trees.
As I released the bomb I was hit by 20mm anti-aircraft fire. There was a big bang under the engine, and I climbed away quickly. The engine was still running sweetly, but one of the others spotted a glycol leak, so I headed back home. The leak got worse and I was leaving a big white trail of coolant. The engine temperature started to rise alarmingly, but I managed to nurse the aircraft back to the coast, when the wingman escorting me announced I was on fire. I immediately turned out to sea. There was a lot black smoke coming from the engine and the cockpit was getting very warm. So I left the aircraft smartly.

As I floated down I heard gunfire and thought that they were shooting at my wingman. It was only when I saw him in the distance that I realized they were shooting at me. I partially collapsed the parachute to get down quickly, and ended up in the sea tangled in the parachute lines. Eventually I managed to untangle myself and get into the dinghy and tried to paddle out to sea, but had one of the parachute lines still wrapped around my foot, so I wasn’t going anywhere fast. It all went quiet, so I got out the letter from by brother Jack that I had received that lunchtime and whiled away the time reading that, and eating some boiled sweets.
Two Spitfires from 417 squadron turned up to provide cover and relieve my wingman. Then the Germans spotted the air-sea rescue Walrus in the distance and started shooting at me again. Splashes from rifle and heavier gunfire were all around and I could hear the whining of the bullets ricocheting off the water. I thought “rotten bastards”. Then I looked down and got splashed in the face, and found myself back in the sea.

The Walrus got closer and I fired off a couple of red Very lights to show I was still around. It then flew over me, saw the splashes in the water, and called up the cover Spitfires who strafed the beached. Vern Herron piloting one of them, got two German rifleman who were taking shots at me The Walrus turned and landed a few hundred yards away. He then taxied towards me when a large spout of water appeared just behind him. Heavier stuff was being used.

I was doing a steady breaststroke towards him and he increased speed as another big spout appeared. As we came together, the observer grabbed me with both hands, but they were going too quickly and he couldn’t hold on. The Walrus turned round and tried again but the same thing happened. The third time he slowed and I managed to catch the wing strut, and was pulled against the hull. I managed to get a leg onto the fuselage and I was grabbed by the seat of the pants, hauled on top of the fuselage and thrown unceremoniously head first down the hatch. I had been in the dinghy for 1 hour 55 minutes.
The pilot then turned away from the coast and we took off. I was sat on a bunk and given a large bottle of rum. The first gulp was a very long one. When we got back I was taken to the field hospital and wrapped in 14 blankets. I was still in my pyjamas. I hadn’t bothered to change in the morning. 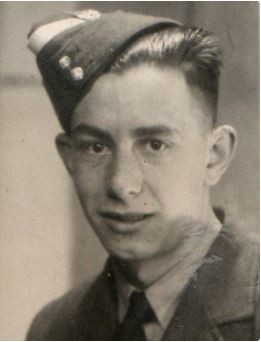 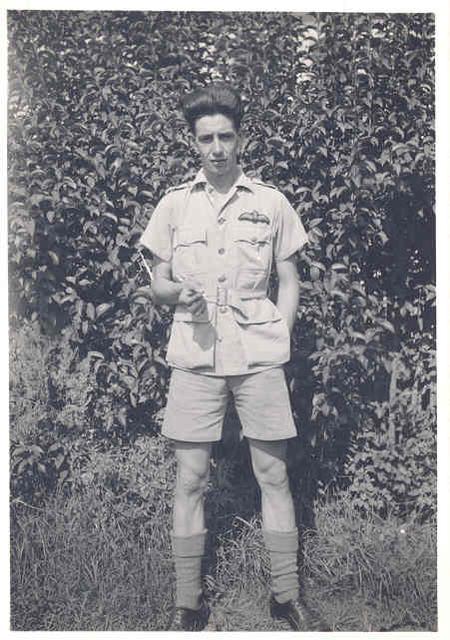 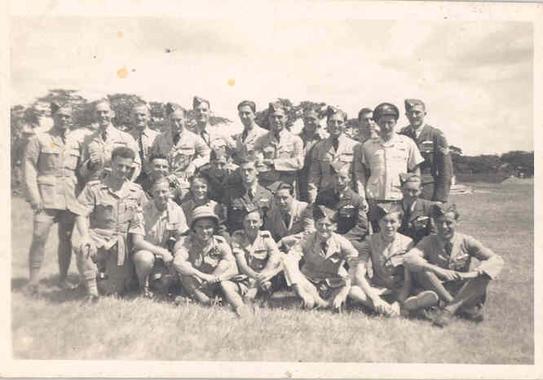 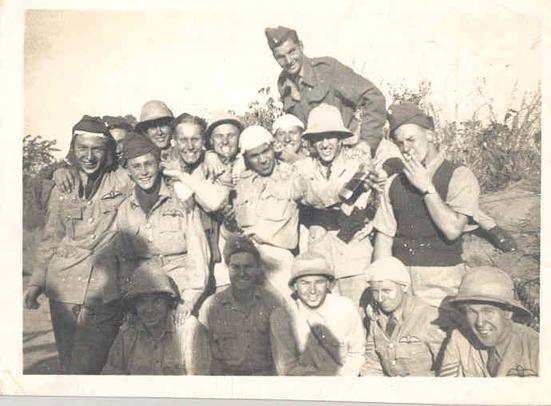 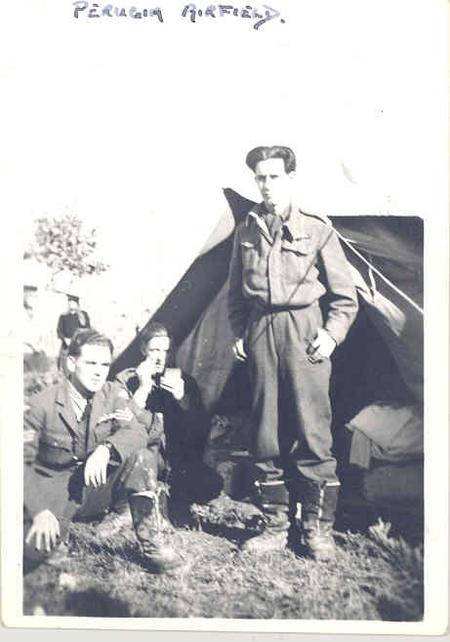 Perugia Airfield – 1945 – On the left are Mike Widdowson and ‘Hodge’ Hodgkinson, both of 92 Squadron. Alan Charles is on the right. 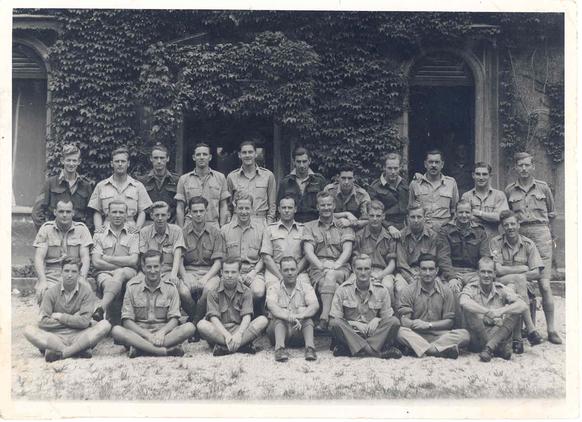 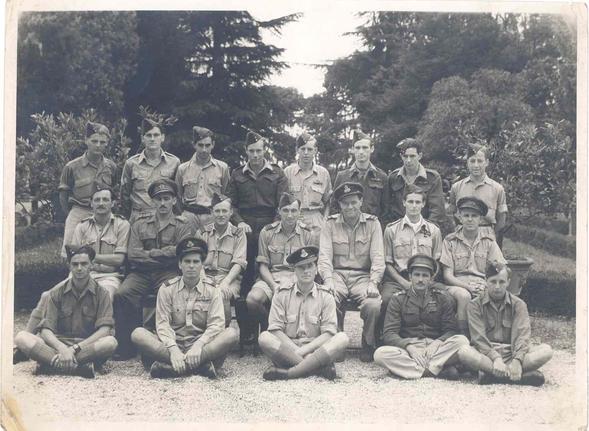