Group Captain (Flying Officer during the Battle) Sir Hugh Dundas, who has died aged 74, was one of the most accomplished fighter pilots of the Second World War; he went on to successful careers in Fleet Street and in business, eventually serving as managing director and then chairman of BET.

Tall, slim and patrician in bearing, Dundas joined No 616 (South Yorkshire), an Auxiliary Air Force Spitfire squadron, as a 19-year-old pilot officer. When he encountered the enemy, over Dunkirk during the evacuation of late May 1940, he was stricken with terror. He recalled:

With sudden, sickening, stupid fear, I realised I was being fired on and I pulled my Spitfire round hard so that the blood was forced down from my head… straightening out, I saw a confusion of planes diving and twisting. . . at some stage in the next few seconds the silhouette of a Messerschmitt passed across my windscreen and I fired my guns in battle for the first time – a full deflection shot which I believe was quite ineffectual. . . I was close to panic in the bewilderment and hot fear of that first dogfight.

When the Battle of Britain began in July, Dundas and his squadron were in the north on convoy patrols, and feeling rather out of it. But on August 15th, as the Luftwaffe mounted its vaunted “Eagle Offensive”, No 616 was scrambled during lunch to meet a wave of Ju88 bombers coming in over the North Sea. Dundas destroyed one and was credited with a half share of another.

The main air battle was being fought in the tiltyard above the Channel and the South, and 616 was ordered to Kenley. On August 22nd Dundas was shot down by Me109 fighters over Dover.

White smoke filled the cockpit, thick and hot and I could see neither the sky above nor the Channel coast 12,000 feet below. Panic and fear consumed me and I thought: ‘Christ, this is the end.’ Then I thought: ‘Get out, you bloody fool, open the hood and get out.’

After an immense struggle Dundas slithered along the fuselage, the ground now perilously close, and found himself falling. His parachute opened as the Spitfire exploded in a field below. Dundas’s arm and leg wounds kept him out of the cockpit for almost a month, which to his frustration prevented him from fighting in the final and climactic phase of the Battle of Britain. None the less in the course of the war he destroyed some eight enemy aircraft, enough to qualify him as an ace.

Hugh Spencer Lisle Dundas was born at Barnborough, Yorkshire, on July 22 1920. He was educated at Aysgarth prep school, north Yorkshire, and at Stowe. He was articled to a firm of solicitors but – to his parents’ dismay – soon insisted on joining the RAF He failed the medical three times but in May 1939 pulled strings to join No 616. His elder brother John, who was shot down and killed in November 1940, was a weekend flier in No 609 (West Riding), another Auxiliary Air Force fighter squadron.

The Auxiliaries epitomised the popular image of Battle of Britain fighter pilots; many, according to Dundas, were “unrepentant playboys”. He rejoined No 616 in September 1940. In the mess one day “Teddy” St Aubyn, who wanted a drink, pointed at Dundas and barked: “Hey, you, Cocky, press the bell.” The sobriquet stuck: St Aubyn claimed that Dundas, a 6 ft 4 in redhead, resembled “a bloody great Rhode Island Red”. St Aubyn was killed in action in 1944.

In mid-September 1940 No 616 formed part of the legless ace Douglas Bader’s controversial Big Wing at Duxford, near Cambridge. The squadron wintered in the comparative calm of the North, and in the spring flew south to defend Portsmouth. That summer they helped “lean into France” with fighter sweeps over the Channel. On one sortie Dundas’s Spitfire was crippled in a dogfight near Calais. He made a powerless crash-landing near Dover.

Shortly before his 20th birthday he was appointed a flight commander in 616, and sat for the war artist Cuthbert Orde. “I’ve left room for the DFC,” Orde told him. “The people I draw always seem to get it.” Four days later Dundas did.

In the autumn he was posted to No 59 Operational Training Unit as a flight commander training Free French pilots. To his relief, his dishevelled appearance at an inspection by General de Gaulle, and the unruly behaviour of his dog, earned the disfavour of his group commander and he was posted to 610 Squadron. Shortly afterwards, during a boisterous party in the mess, he broke his left leg. He was promptly promoted Squadron Leader and, leg in plaster, flew a Spitfire to take command of No 56, the first Typhoon squadron. At this stage the Typhoon was full of bugs, and many pilots were being lost. But by the time of the Dieppe raid of August 1942 the Duxford Typhoons were sufficiently operational to take part, and on the day Dundas led 56 Squadron on a sweep. When, that November, the Duxford Typhoons were formed into an operational wing, Dundas was promoted wing commander to lead it.

In the New Year he was suddenly posted to Tunisia to lead No 324, a wing of five Spitfire squadrons.
Dundas went on to Malta, transferred the wing to Sicily in July 1943 and, after the invasion of Italy, to an airfield at the Salerno beachhead. In the New Year of 1944 he was switched to staff duties in the Desert Air Force, and in June he returned to operations with No 244 Wing. Dundas’s Spitfire was hit by flak over Arezzo. Rather than bale out over rugged terrain he coaxed the aircraft, its fuel running dangerously low, to an emergency landing at Castiglione. In November he was promoted group captain, becoming – at 24 – almost certainly the youngest officer with that rank.

During the war Dundas became friends with Group Captain Max Aitken, son of Lord Beaverbrook; in 1948 he was appointed air correspondent for Beaverbrook Newspapers. For a while he retained an association with the air force as commander of 601 Squadron of the re-named Royal Auxiliary Air Force. But in 1950, having been promoted within the Beaverbrook group, he stepped down. After a succession of editorial and managerial posts, including leader writer and North American correspondent for Express newspapers, Dundas left in 1960. He joined Rediffusion the next year, becoming managing director in 1970. He was chairman from 1978 to 1985. Dundas oversaw the boom in colour television rentals in the early 1970s, and helped lay the foundations for the expansion of cable networks.

In 1973 he was appointed managing director of BET, then Rediffusion’s parent company, of which he became deputy chairman in 1981 and chairman in 1982. He was a highly active chairman, overseeing a significant restructuring of the conglomerate to focus on service-related industries. He was a director of Thames Television from its formation in 1968, serving as chairman from 1981 to 1987.

Dundas was a member of the Council and of the Finance & General Purposes Committee of the RAF Benevolent Fund from 1976 to 1989 and chaired the Cancer Relief Macmillan Fund from 1988 to 1991.
From 1987 to 1990 he was chairman of the Prince’s Business Trust and of the Home Farm Development Trust.

Dundas married, in 1950, Enid Rosamond Lawrence, daughter of the 1st Baron Oaksey and 3rd Baron Trevethin and sister of Lord Oaksey, the Daily Telegraph racing correspondent. They had a son and two daughters.

With acknowledgments to the Daily Telegraph July 1995 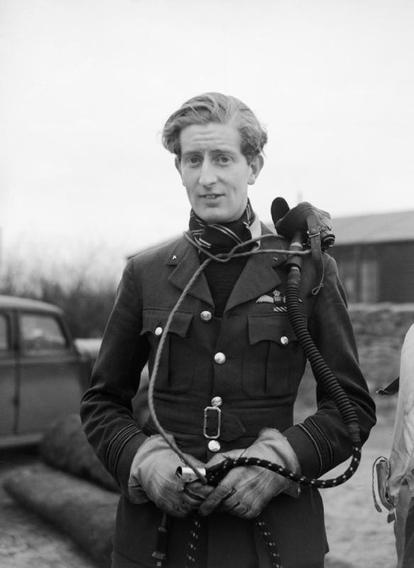 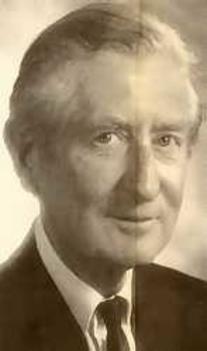