Not very much is known about Reggie, he was an early member of 601 Squadron (1920’s) and served at one point as Assistant Adjutant.  A few brief bits from Internet searches:

Wing Commander GEORGE REGINALD ALEXANDER ELSMIE, D.F.C., Royal
Air Force, Murray 1923 to 1927, won the Sword of Honour at Cranwell and the D.F.C. in 1941, carrying out a daring raid over Texel from a 300 ft. level. Posted missing that June, he was last seen hard pressed in action off Norway and is now presumed killed in action. He was twice R.A.F. squash champion and was for two years in the Wellington XV and the hockey XI. 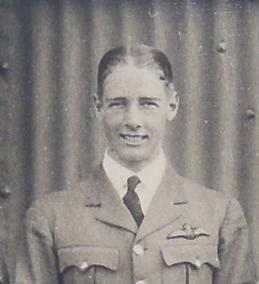