The famous ‘Gillo’.  For many years while researching the squadron, he was always referred to in the few photos and any documentation simply as ‘Gillo’.  This was before we discovered the ‘Kings of Speed’ cigarette card bearing his image.  It was always a mystery waiting to be solved.

For years we had been friends with Brian Thynne’s daughter, and (through a long story) we managed to get her father’s manuscript – which he had sent out for evaluation and it disappeared – returned to her, and in this amazing document we found our answer:  Gillo was in fact John Woodburn Gillan.

That said, to date I still cannot tell you tons about him.  The manuscript does not contain dates, but Gillan was certainly an early member of the squadron – from at least the latter 1920’s.  I do know he was gone from the squadron by the early 1930.  By all accounts he was a brilliant pilot.  The manuscript relates how he and (later) Squadron Leader Brian Thynne became fast friends. They had a competition to see who could fly the largest variety of aircraft types – keeping in mind that this was the early 1930’s when such a feet was remarkable in itself.  Gillan flew an enormous number of varying aircraft, all recorded in his logbook which has been lost to time as far as I know.  Gillo would compete in the King’s Cup competition several times, and with Thynne as well.

Below are the few facts garnered from the Internet.  As of writing we have made contact with Gillo’s nephew, so hopefully something might come of that – although the only image he had of his Uncle was the cigarette card.  So he remains something of a mystery.

John Woodburn Gillan was born 1907 the son of Rev David Hedley Gillan and Helen Drummond. He was the great-grandson of David Woodburn and Janet Caldwell.

Wing-commander; royal air force; D.F.C and bar A.F.C. Great grand nephew of John Woodburn; was lost in the channel after an air battle in August 1941; buried at Dunkirk.

He joined 49 Squadron in December of 1940.  He flew 9 operations flying Hampdens with the squadron.

John had an AFC – this from flying a Hawker Hurricane from Turnhouse, Scotland to Northolt in 48 minutes (with an average speed of 49 MPH) – which was amazing for the day and a good introduction to the Hurricane.  This was in 1938.

He had a DFC and Bar:

Air Ministry, 9th September, 1941
Bar to the Distinguished Flying Cross
This officer has led the wing on nineteen occasions since July, 1941, and his fine leadership and cool courage have been an inspiration to his fellow pilots throughput all operations. On three recent escort missions Wing Commander Gillan has displayed especial skill and determination. He has destroyed one and damaged another enemy aircraft.

He lead the North Weald Wing.  I know before that he has spent time in 111 Squadron as well.  He was killed when the Wing participated in a Circus escorting Blenheims of 139 Squadron to railway yards in Hazebrouck, France. He was shot down and went into the Channel.  We know that from Brian Thynne’s account, Brian was a controller (need to find more detail on this) at a station during this time; when he heard his friend was shot down, he jumped into an aircraft and went searching for him.  He was threatened with court-martial because he refused to give up the search. 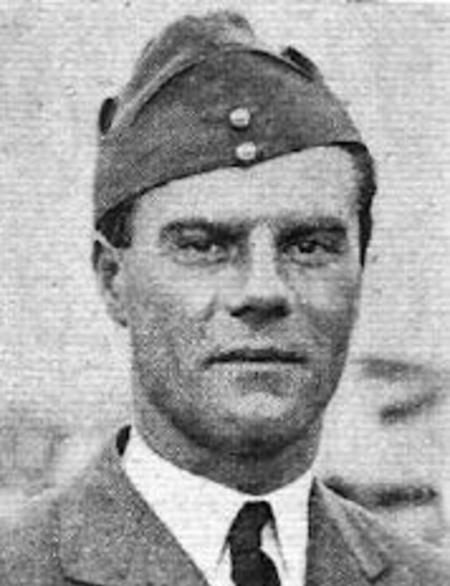 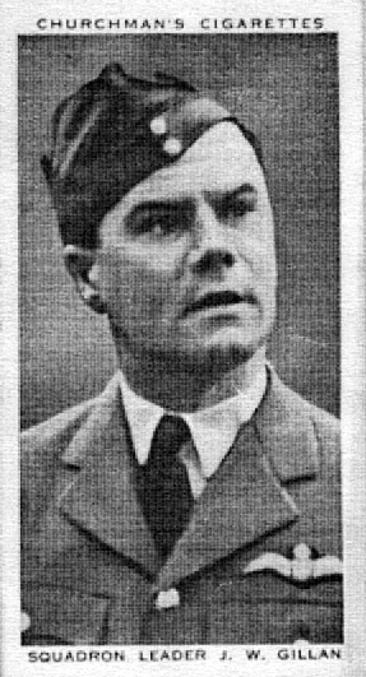 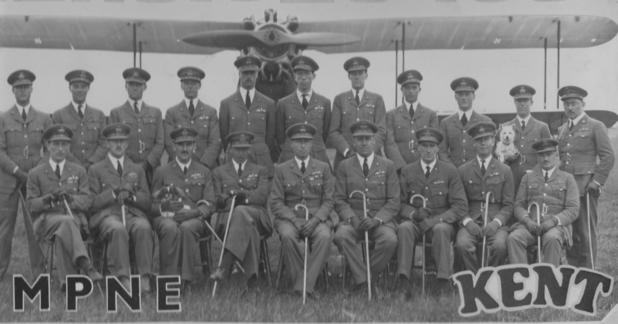 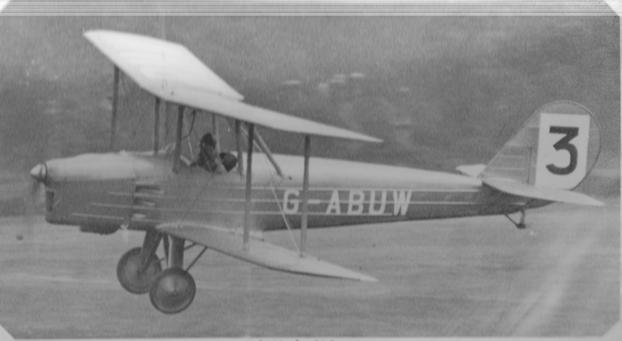 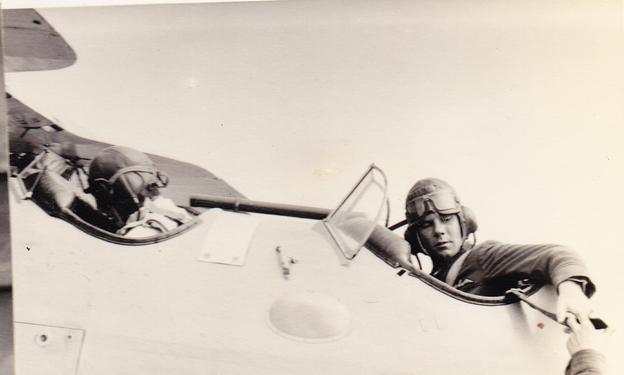 John in the rear cockpit. Photo labeled 1937 – but unsure of this 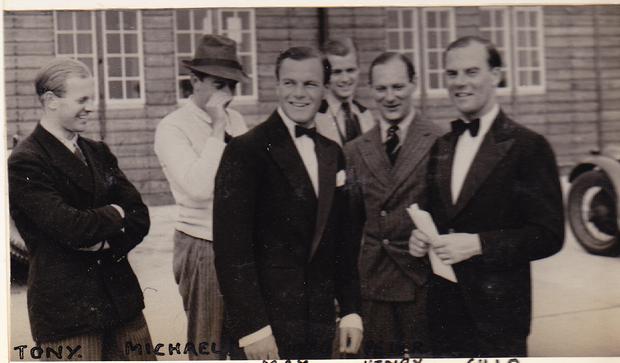 Gillo on the end at 601’s camp at Lympne. He had many friends in the squadron and visited frequently. Max Aitkens is center. 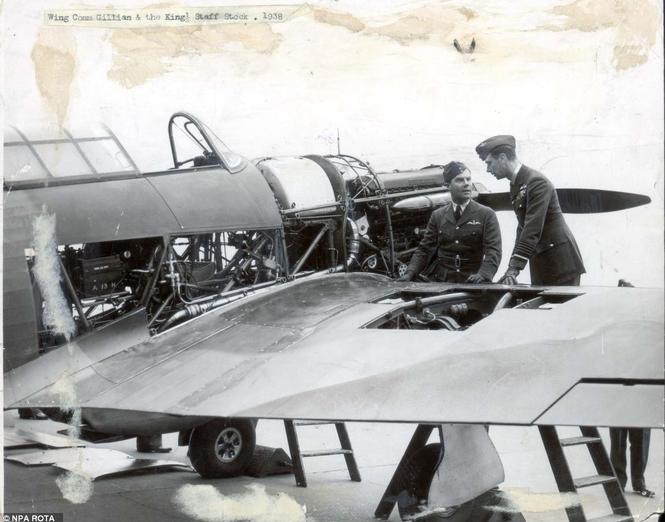 Gillo set a speed record flying a Hawker Hurricane from Edinburgh to London in 48 minutes at an average speed of 408.75 mph. Here he no doubt discusses this feat with King George VI. 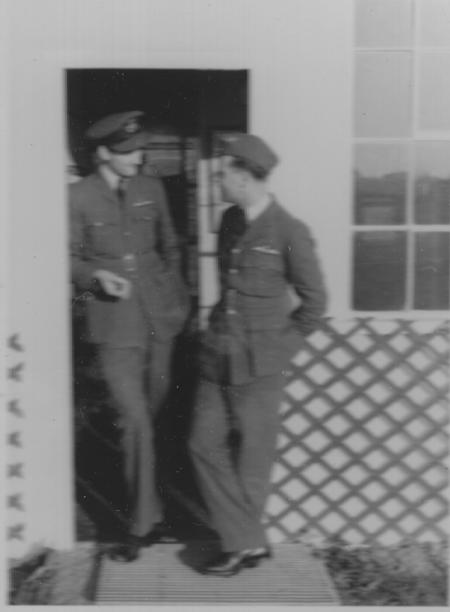 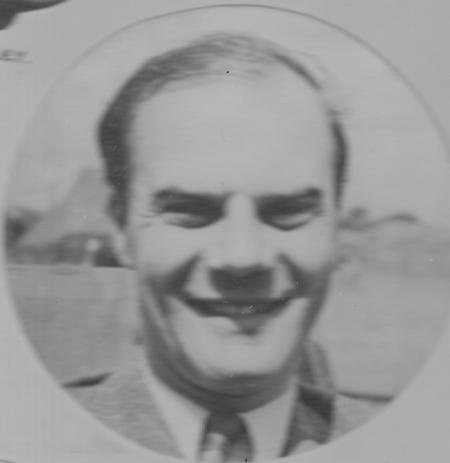 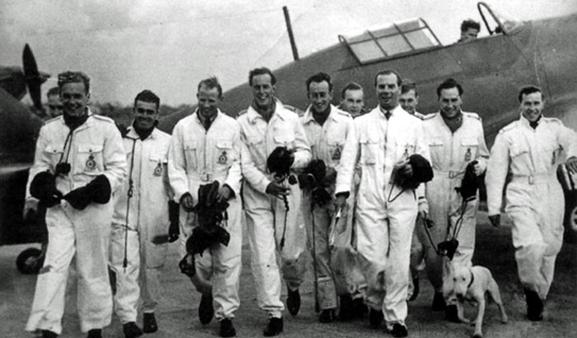 Gillo in front fourth from right (perhaps carrying a map) while leading 111 Squadron (1938?)