Often a bit of information is gleaned off the Internet, but with no great amount of data to fill it in.  Essentially it is a ‘work in progress’.  Such is the case with Herbert Holten.  He served with 601 Squadron in Italy, and was obviously shot down.  Need to do a bit more research, but we have a few photographs.  The following was ‘borrowed’ from another website.

Italy 1943. Riddled with nearly 80 holes, rudder control almost severed, a Spitfire of the RAAF was belly landed by the pilot, Warrant Officer Herbert Holten, a twenty four year old Australian from Melbourne, after a trip over the Sangro River Area. On a reconnaissance flight, Holten ran into heavy anti-aircraft fire. A shell went through the perspex of the cockpit, lumps of Flak made holes almost severing the rudder controls near the tail, a panel near the tail was blown away, another broken wide open. One of Holten’s oxygen bottles was burnt and the hydraulic system put out of action so that when Holten had steered his Spitfire back over 50 miles to his base, he was unable to lower the undercarriage. He however, made a magnificent belly landing and stepped from his plane unhurt. He is shown here looking at his airscrew blades which were broken in the landing.

Sicily, Italy. c. July 1943. Warrant Officer Herbert Holten of Melbourne, Vic, who succeeded in belly-landing his Supermarine Spitfire fighter aircraft after it had been severely damaged during a reconnaissance mission over the Sangro River battle area. He is with his damaged Spitfire which was riddled with nearly eighty holes. 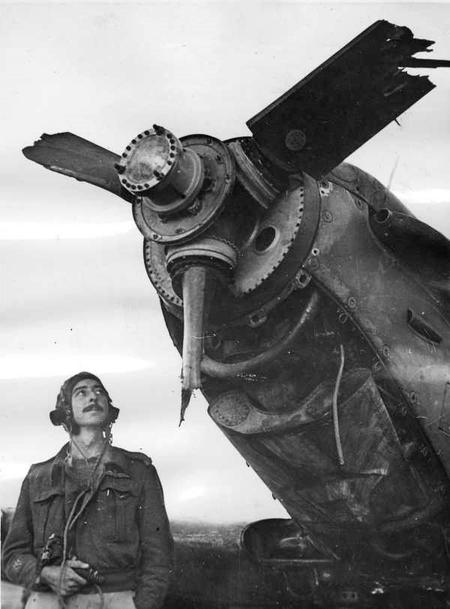 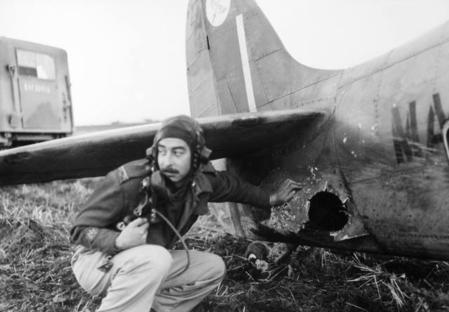 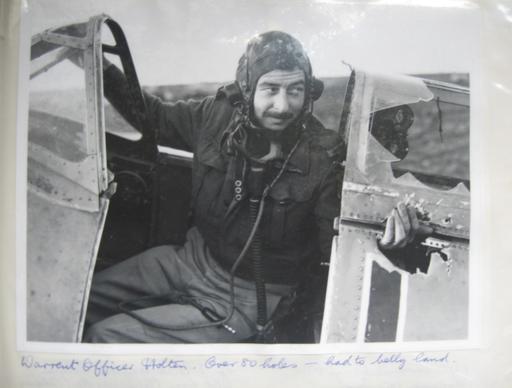