​Half danish on his father side but was born in London. He joined the air force before the war. He flew in many missions and was shot down on two occasions. The second time he was captured and put in Stalag Luft 3 and he has diaries which document the great escape. After the war he remained in the airforce and was promoted to Group Captain. Later in his life he became a respected member of the Royal Yacht Squadron. He died in 1999.

Jensens’s first crash was with 601 Sq. He crashlanded Huricane I L1936 on July 4th 1940 and was hospitalized. He didn’t return to flying until November, so he missed the Battle of Britain. 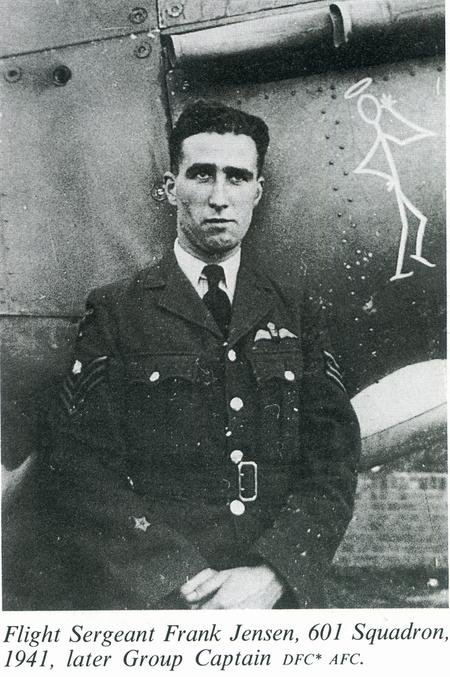