Cecil Reginald Young was born in 1920 to British parents Robert Guy and Margaret Ann Young in Kuala Lumpur. At thirteen years of age, Cecil left Malaya to attend Felsted School in Essex, England. At school, Cecil was an outstanding athlete. He is recognized in the Felsted Sporting Hall, with his name on the 1936 Cricket Team and the 1937 Hockey Team. He also showed his talent in Rugby, Tennis and Fives (a type of hand-tennis).

After finishing his schooling Cecil, like many other young men, saw the glamour and attraction in the art of flying. He applied for a medical check and was classified ‘Fit as pilot’ on the 4th of May 1939. Cecil then applied for a short term (6 year) commission in the RAF and joined the Civilian Flight School at Gatwick on the 30th of May. From then on he was classed as Acting P/O on probation. He remained at Gatwick until the 22nd of July 1939.

On the 8th of August 1939, after two months at the Flying School, Cecil was sent to No.11 Flying Training School, No.13 Course, 23 Group at Shawbury. Finally on the 25th October 1939, Cecil was authorized to wear his Flying Badge. By then, Cecil had flown a range of different aircraft, the Hawker Audax, Hart, Hind and the Magister. On completion of his training (27th January 1940), the following paragraph was written by the examiner at No.11 FTS:

Although this comment seems to downgrade Cecil, it was a typical one made by instructors who were very harsh before WW2 broke out. (In the late 1930s, flying was still considered more of a sport or fashion than a way to wage war). Despite this, Cecil passed comfortably with a final mark of 70.1%.
On 1st February 1940, Cecil was graded as P/O on probation at No. 11 Group Pool, St. Athan. Almost immediately, on the 3rd February, Cecil was posted to 601 Squadron to make room for Finnish pilots selected to be trained and fly twelve Hurricanes to Finland.

It is possible that Cecil flew Blenheims at 601 since they did not convert to Hurricanes until later in February. On the 10th May war broke out in France. On the 13th May Cecil was transferred to 615 Squadron, Air Component British Expeditionary Force in France. On 14th May the RAF reinforcement Hurricanes and their pilots continued to arrive at various bases in France. Five landed at Merville to serve in 615 Squadron; these were P/O VBS Verity, P/O JEM Collins and P/O M Revenhill from ‘B’ Flight, 229 Squadron. Flight Officer Leonid Ereminsky from 151 Squadron (a White Russian) and P/O CR Young from 601 Squadron.

Cecil carried out flying duties during his short time in France. No confirmed combats were recorded. On the 20th May orders were received to evacuate Norrent-Fontès (615 Squadron’s base). 615 Sqn. flew all nine serviceable Hurricanes to RAF Kenley. It is likely Cecil flew one of them.

By 22nd May 1940 the squadron had arrived and settled at Kenley. Up until now Cecil had carried out numerous flights but with no confirmed combats it is understandable that he may have felt frustrated. Cecil’s patience finally paid off when on 30th June at 11:45am he claimed a Me109 shot down over the Merville area. Unfortunately this kill could not be confirmed as no-one witnessed it.

After this encounter Cecil experienced another lull during the month of July. Cecil wrote to his parents on the 4th July 1940 from Kenley aerodrome:

Well, I expect you all know about the situation at home nowadays. At the moment we’re working terribly hard, 24 hours a day, 7 days a week more or less. The chief thing as far as we’re concerned is lack of sleep. They’ve started bombing over here now, yesterday we were bombed. 8 bombs were dropped but only two hit the aerodrome doing no damage at all. Needless to say the two aeroplanes responsible didn’t get back. We’re expecting the real “Blitzkrieg” (sic) as far as this country is concerned to begin any day now, we’re all ready for them so all I say is good luck to them.

Then, after no combats being recorded for more than a month, Cecil and several other pilots managed to confirm a Dornier 17 damaged over the Dungeness area on 14th August

Just two days later Cecil confirmed his first kill over the Brighton area at 5:10pm. The aircraft destroyed was a Heinkel 111. On that same sortie Cecil also confirmed an aircraft damaged, this was also a He111.

On 18th August Kenley airfield was heavily bombed; Cecil destroyed a Dornier 17 over the Kenley area at 1:45pm. On the same day, at roughly the same time, Cecil claimed a Me109 however this was classed as a probable. At the end of August 615 Squadron was moved to Prestwick in Scotland to rest and re-equip. Still in Scotland on 13th September Cecil was transferred to 607 Squadron based at Tangmere. Just two weeks earlier, 607 Sqn. itself had just moved from its home base at RAF Usworth after resting and re-equipping. Cecil damaged a Me110 over West Needles on the 1st October at 10:45am.

607 Squadron returned north to Turnhouse on the 10th October, but somehow Cecil managed to get a transfer to 46 Squadron at Stapleford Tawney. Whether or not Cecil asked for the transfer it would cost him his life. Spending only six days in the safety of Turnhouse, Cecil was thrust back into action again.

From the book ‘Battle of Britain, The Forgotten Months Nov. & Dec. 1940’  by John Foreman we find this entry for the 1st November:

At about 16:30 hours nine Hurricanes of 46 Squadron patrolled near Dover, where eight Italian bombers with fighter escort were seen by Pilot Officer CR Young. The lone British pilot attacked, claiming to have damaged a three-engined aircraft identified as either a Savoia-Marchetti or a Cant Z.1007.

From Italian records we know that twenty-six Fiat G50’s of 20 Gruppo, Regia Aeronautica flew a sweep over Canterbury that afternoon, meeting violent anti-aircraft fire near Folkestone, while thirty-nine Fiat CR42’s of 18 Gruppo swept over Ramsgate, Canterbury and Dover. These aircraft would have been the fighter escort, however no combats were recorded.

In November 1940 46 Squadron moved to the North Weald sector. On 5th December 1940 at 11:25am, P/O CR Young was shot in the back of the head while patrolling over the Maidstone Line. It is believed that 46 Squadron was chasing a German formation out to sea and upon returning a Me109 dived out of the clouds and shot Cecil’s aircraft down. His Hurricane V7617 came down at Daughton House near Wrotham in Kent.

It is believed that his attacker was Oberleutnant Kurt Ebersberger of 4/JG26 who claimed a Hurricane shot down near Rochester on 5th December at 12:20pm (German time). Oblt. Ebersberger was himself killed in action on 24th October 1943 in North Africa. 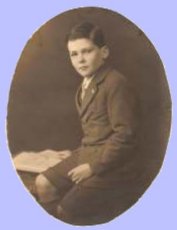 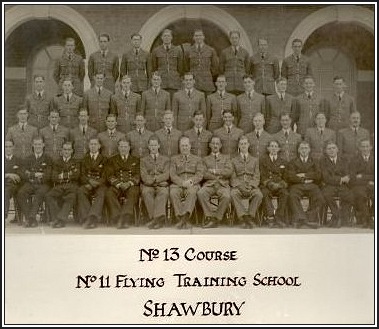 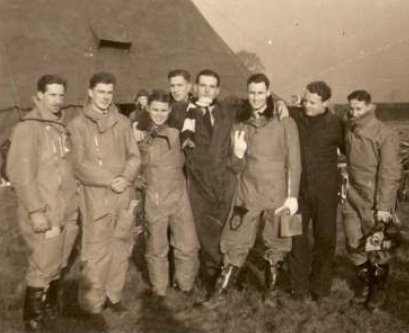 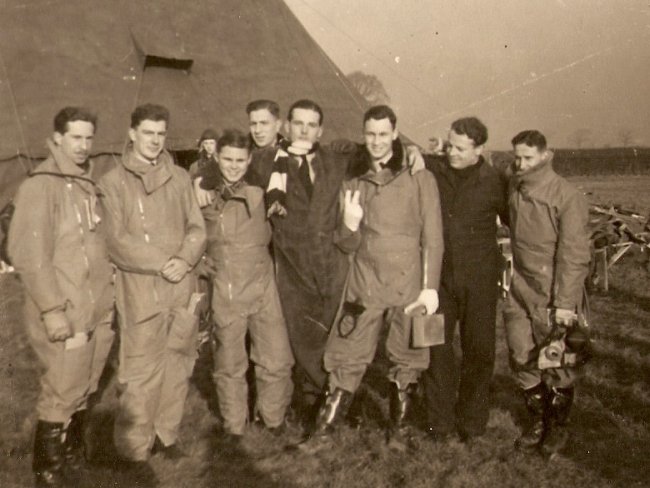 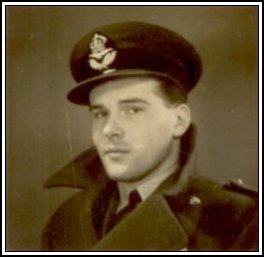 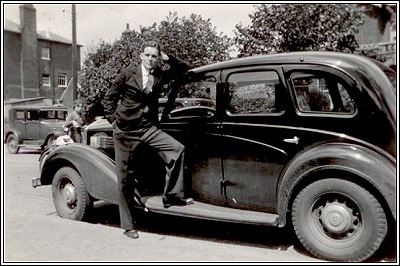 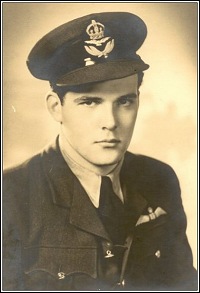 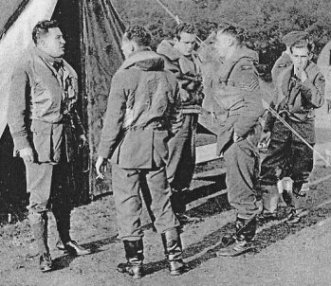