Gordon Neil Spencer Cleaver was born in Stanmore, Middlesex on 27th April 1910 and joined 601 Squadron, Auxiliary Air Force in 1937 and was commissioned in April. He skied for Britain in the years before the war. Mobilised on November 24th 1939, Cleaver went to Merville in France on May 16th 1940 with ‘A’ Flight of 601 to support 3 Squadron.

On the 18th Cleaver and F/Lt. Hope brought down a Do17 of 2/KG76 west of Mons, the crew being captured. The next day Cleaver’s Hurricane, P2800, was hit by debris from a He111 that he was attacking over Douai and he force-landed south of Lille. ‘A’ Flight was then ordered back to the UK.

On the 27th, flying from Tangmere, he claimed two Me110’s destroyed in the Dunkirk area.

Two days later he was shot down in combat over Winchester. When his hood was shattered by a cannon shell Cleaver’s eyes were filled with perspex splinters. Somehow he managed to bale out and parachuted down at Lower Upham outside Southampton. He was taken to hospital in Salisbury. He would not fly again, being now blind in the right eye and with seriously reduced vision in the left eye. Cleaver was awarded the DFC (gazetted 13th September 1940).

On May 27th 1941 Cleaver transferred to the Administrative Branch and was released from the RAF in late 1943, as a Squadron Leader.

There were two postscripts to Cleaver’s life in 2006. The first was in January when the organisers of the Hahnenkamm, the toughest race in World Cup skiing, decided to present a “Cleaver Cup” to the highest placed British competitor in the race. Gordon Cleaver was the winner of the first competition in 1931, held on the mountain above Kitzbühel in Austria.

Cleaver, an Old Harrovian, was not even in the British team at the time which led the Austrians to conclude – wrongly – that if the Hahnenkamm could be won by someone who had not even made the team then the British must be brilliant skiers. The first international Hahnenkamm, organised “according to the British rules” of a downhill and a slalom combination, was a far more primitive affair than the modern race made famous by Franz Klammer and Hermann Maier. All downhills were off piste with competitors having to ski across country for several hours to reach the top of the mountain. The British contingent in the inaugural race was further handicapped because it was unfamiliar with the course and the organisers had forgotten to supply any marker flags. The British resorted to positioning their helpers along the run as human signposts.

Gordon Cleaver came sixth in the downhill and second in the slalom, making him the overall winner.

Another British competitor was Roger Bushell, during WW2 he organised and took part in “The Great Escape” and was subsequently one of 50 escapers recaptured and then shot by the Gestapo.

During and after the war Cleaver was monitored by various surgeons and underwent 18 operations, some to repair facial damage and some (at Moorfields Eye Hospital in London) to remove the perspex fragments still embedded in both eyes. He made a special impression on an opthamologist named Harold Ridley who, as the Forties drew on, speculated that the perspex was in fact dormant in the eyes and not being rejected. Could this mean that a lens made from similar material could replace a human lens affected by disease or cataracts ? Ridley eventually felt confident enough to perform the first IOL (intraocular lens) implant at St Thomas’s Hospital on 29 November 1949 on a female patient with a cataract in one eye. The operation has subsequently been performed many millions of times throughout the world. It is arguable that had Gordon Cleaver not been injured in this way and survived to be studied then the operation may have taken even longer to develop (if at all) as such a condition could not be replicated as an experiment. 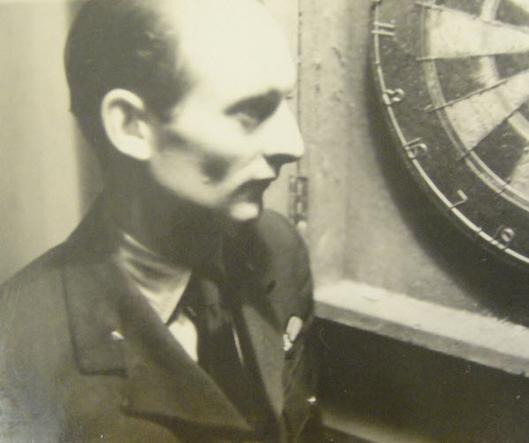 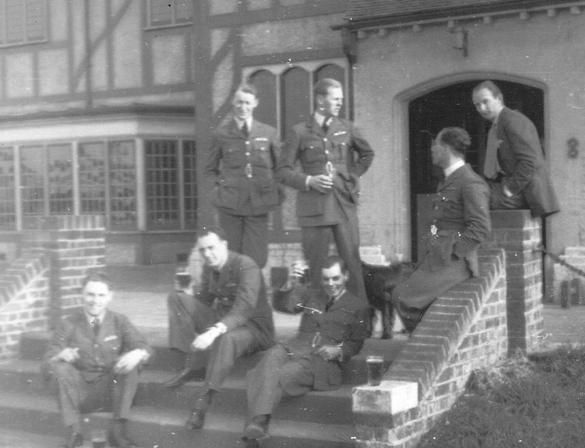