William Pancoast Clyde was born in Sevenoaks on 26th July 1912. His great grandfather, Thomas Clyde, was the founder of the Clyde Shipping Line. William, known throughout his life as Billy, attended Eton and Oxford. After Oxford he spent three years in Switzerland and became a very proficient skier, representing the United Kingdom on several occasions. He won the World University Championship in 1935. In the same year he joined 601 Squadron, Auxiliary Air Force, along with his friend Max Aitken.

He was working for a London firm of stockbrokers in early 1937 when he left to serve a six-month attachment as aide to Sir Bede Clifford, Governor of the Bahamas. He was then offered and accepted a position with Johnson & Johnson Surgical Dressings in the USA. He went onto the Reserve of RAF Officers and left the UK in February 1938.

601 was warned for mobilisation in August 1939 and Roger Bushell was able to contact Clyde and alert him to return to the UK if possible. Clyde made his way to New York and found two other 601 members, Billy Fiske and Peter Robinson (at the time acting on Broadway), also attempting to travel. All three were able to book a passage on the Aquitania and sailed on 30th August.

Clyde went straight to 601, then at Biggin Hill, in the first week of September and found the squadron equipped with Blenheims which he had not flown before. By his own account he was instructed in them while on the squadron, a demanding process given that he had only flown single-engined aircraft previously.

However the squadron was re-equipped with Hurricanes in February 1940. After the German attack opened on 10th May, Clyde was sent as a member of ‘A’ Flight to operate from Merville in France. But due to the deteriorating situation they were withdrawn on the evening of 20th May, only leaving as German patrols crossed the perimeter. They were to operate from Tangmere from then on over the French battlefield.

By his own account Clyde was a member of the fighter escort that took Churchill’s DH Flamingo to Paris for his meetings with the French government prior to the French collapse. These took place on 15th May and 31st May so it seems likely that Clyde would have been on the sortie on the 31st.

This officer was posted to France in early May 1940 and has led his flight on many occasions with great skill and has set a high standard of morale and leadership.

601 were withdrawn to Exeter in early September 1940 and by December 1941 Clyde, now a Squadron Leader, was one of only two original 601 members remaining. He was posted to a staff appointment and worked on the planning of offensive strikes.

The planning directorate took on American members as the invasion of Europe drew near. But Clyde was now afflicted by severe attacks of colitis and gallbladder infections. He was in hospital for some time and on release was appointed Deputy Director (Air) for the Combined Chiefs of Staff in Washington. He ended the war in this posting, by now a Group Captain.

He was demobilised from this position when the war ended and returned immediately to Johnson & Johnson. He was appointed Deputy Director, responsible for the company’s factories in England, Australia, South Africa, New Zealand, Canada and India. With the state of post-war travel he was continually in transit and this began to tell on his health. In 1948 on a visit to India another attack of colitis put him back in hospital. On discharge he returned to work for eleven months, assisted by crutches and codeine, before his doctors warned that without complete rest he would expire in six months. He retired from J&J and made plans to settle in Ceylon (now Sri Lanka). But just days before embarking he was visited in New York by friends who had travelled from Mexico. They persuaded him to return with them to Acaculpo.

After six months there Clyde was restored to health and even became national champion at dinghy sailing. He supervised the building of his own home and became a well-known figure in Acaculpo, acting as a middleman for the postwar influx of tourists and new residents and ably assisted by his Swedish wife Barbro.

These photographs were in his collection and provided by his wife. 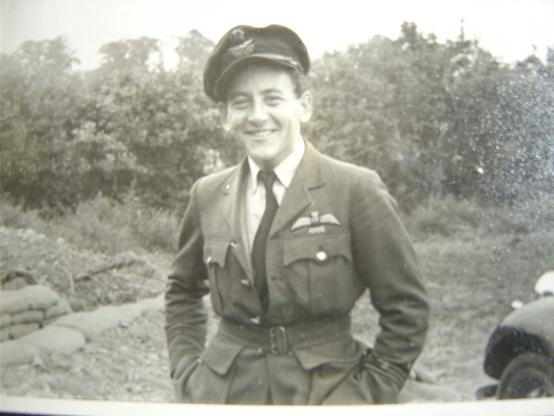 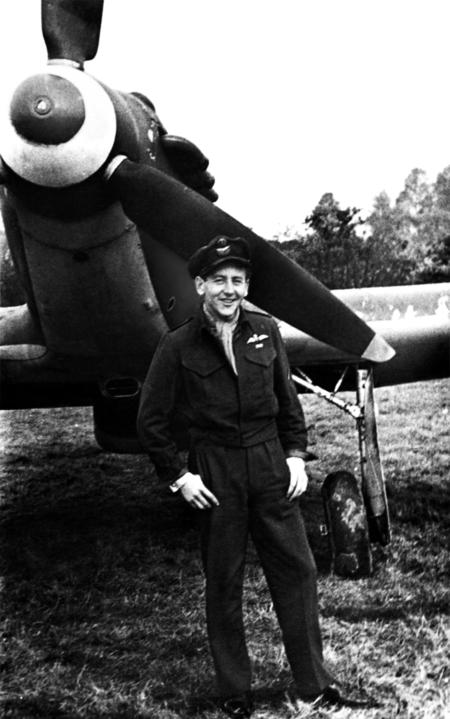 Billy in front of a Hurricane 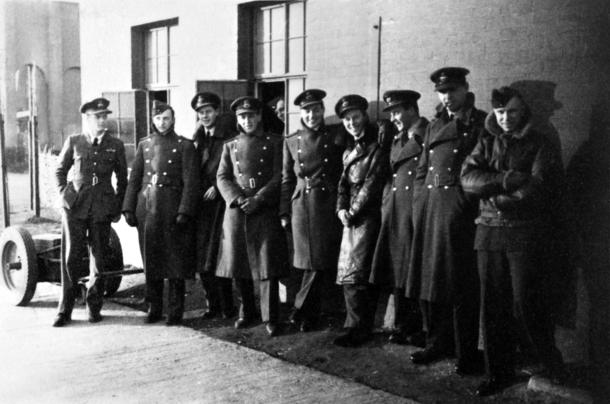 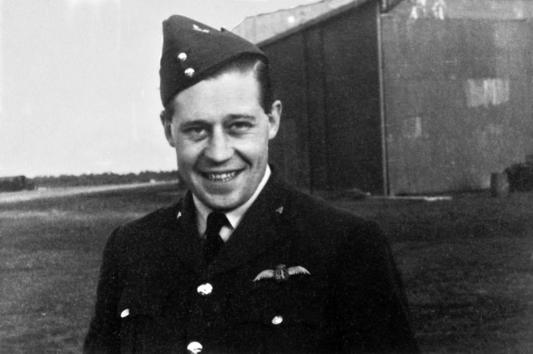 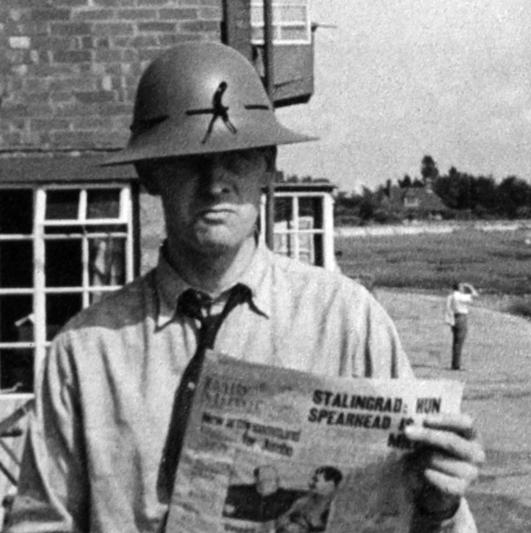 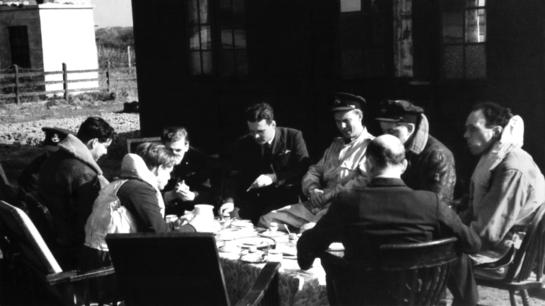 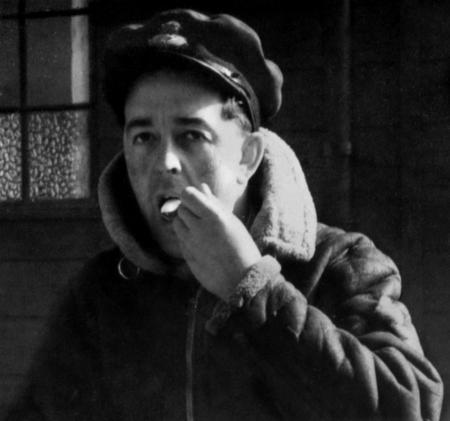 For Billy as well… 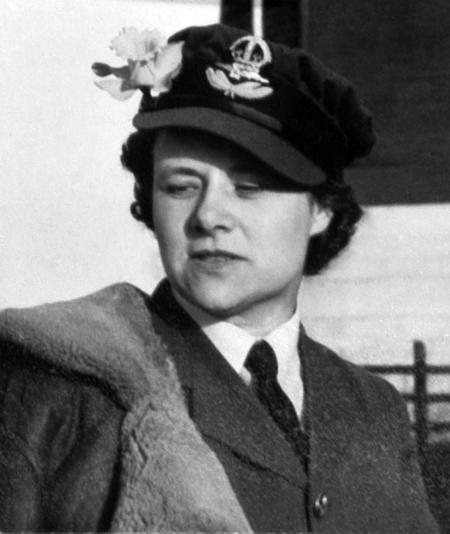 A rose by any other name…a station WAAF 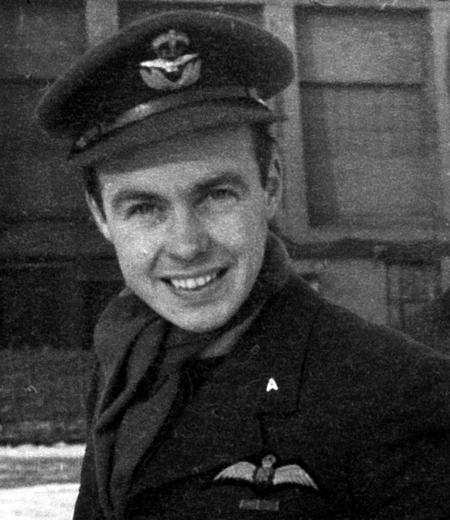 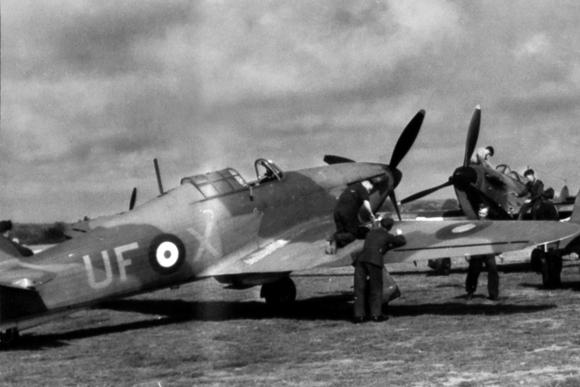 UF X and another squadron Hurricane. Interesting to note that on the facing aircraft you can see the black and white underside paint scheme, which dates this to Battle of France period. 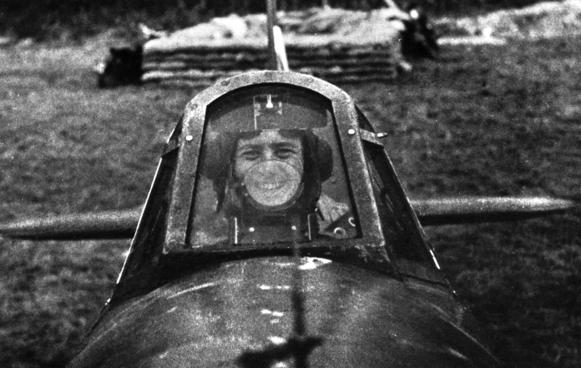 Fantastic shot from the business end 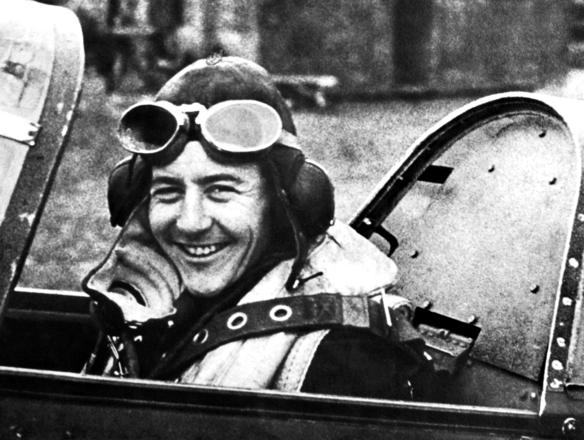 The best shot of the lot 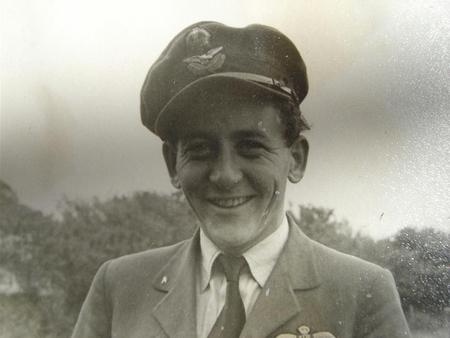 Billy Clyde was a truly remarkable person. With an infectious smile, everyone seemed to love him. Certainly the type of fellow one would loved to have shared a drink and a laugh with, and got to know.