Hoare-Scott was born on 18 June, 1911 at Chislehurst in Kent.  After attending Cambridge James settled into a career in the family ship-building business and spent much of his time traveling the world visiting with the company’s customers.  He had joined the Cambridge University Air Squadron, but when war broke out was in a reserved position as a director of Scott’s Shipbuiliding.  In September 1940 owing to the shortage of trained pilots, James was allowed a 6 month leave from the firm to become a fighter pilot in the RAF.  He was posted to 601 Squadron and was sadly shot down and killed on 20 November near Exeter.  He is buried in St. Mary’s churchyard in Frensham. 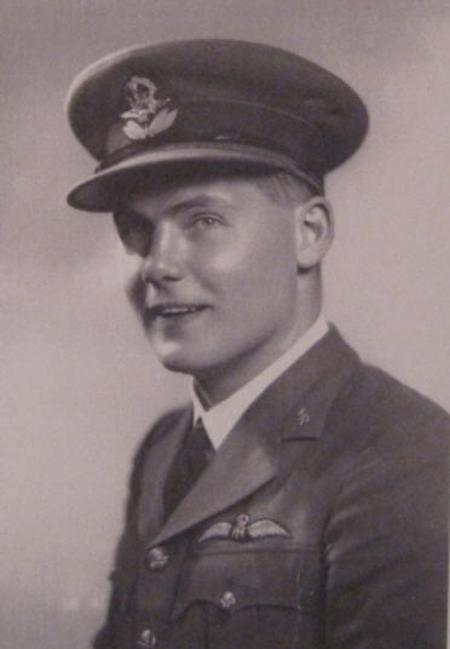