Charles, born October 2, 1910, was the eldest son of Ernest Augustus Lee-Steere [later Knighted] and his wife Bridget Yelverton O’Connor. He had two brothers and two sisters. One of his brothers was killed in WW2.

The Lee-Steeres were early settlers of the Swan River Colony and became prominent members of Western Australian society building their wealth on farming and grazing.

Charles was born in Australia. He arrived in London on the Euripides on April 27th 1924, with his parents and eight other family members,

He was educated between 1921 and 1926, at Hale School, Perth, Western Australia and, then at St. Peter’s, Adelaide.

With his parents, he arrived in the port of London from Fremantle on the Narkunda on June 14th 1929.  He gave as his address the family estate at Jayes Park, Sheep Green, Ockley, Dorking, Surrey which has been owned by the Steere family since 1795.

He came up to Christ Church in 1930. In 1933, his final year, he won an Athletics Blue. Australian newspapers reported in November 1931 “C. A Lee Steere, of Adelaide, won the final of the Seniors High Hurdles race in 16 4-5sec at the Oxford University sports He also won his heat in the Seniors Low Hurdles” He was in the 1932 Oxford University Sports Team.

He spent some years in Australia where the family owned sheep stations.

On February 15th 1939, he married Patience Hargreaves Pigott-Brown. She had been born on that day in 1915, after her father had been killed in the First World War. They had a son born in December 1939.

He was posted missing, on May 27th 1940, whilst flying a Hawker Hurricane fighter covering the withdrawal of the British Expeditionary Force towards Dunkirk and other channel ports. 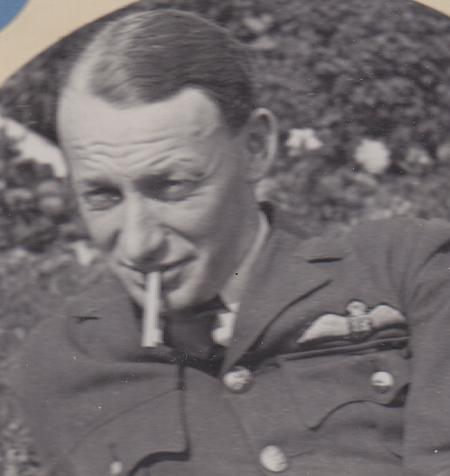 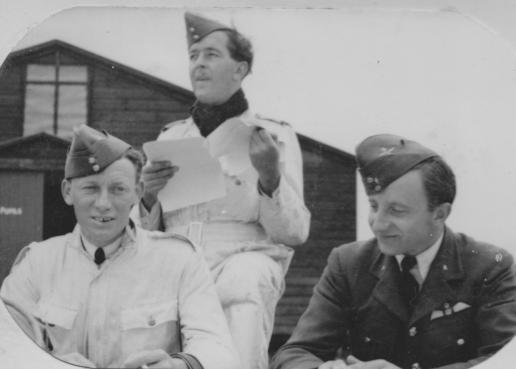 Charles on the left. With Michael Peacock and Tom Hubbard