SGT Charles Sydney Lewis joined 601 Squadron before the war as an Aircraftsman. Called up on the 24th August 1939, he began training as an Air Gunner with the squadron, and in March 1940 he was sent to 5 B&GS Jurby for an air gunner course. On the 23rd March he returned to the squadron at Tangmere only to find that 601’s Blenheims had been replaced by Hurricanes. In May 1940 he was posted to 600 Squadron at Manston, he served with 600 throughout the Battle of Britain. On the 3rd January 1941 he was posted away to 256 Squadron at Pembrey, operating Defiants. Subsequent service undocumented, commissioned in October 1944 in the Administrative Branch, released from the RAF in 1945 as a Flying Officer. He died in 1954. 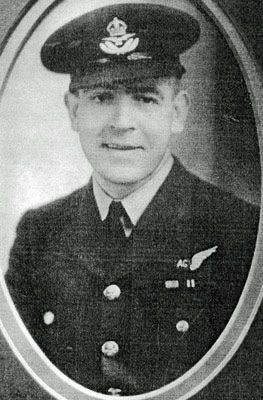