At the outbreak of the First World War, aged 27, WBR-M enlisted in the Royal Flying Corps, he was already a highly experienced aviator having earlier designed and built his own aircraft.

WBR-M was serving with No. 2 Squadron at Merville, when on 26th April 1915 the squadron was ordered to bomb the railway junction at Courtrai. German reinforcements for the fighting around Ypres were passing through there in large numbers. WBR-M volunteered to carry this out and made a very accurate strike with his single bomb. But he had descended to 300 feet in order to do so and this exposed him to ferocious ground fire. Severely wounded, he somehow flew his damaged aircraft back to Merville but died of his wounds 24 hours later. On 23rd May 1915 he was awarded a posthumous Victoria Cross, the first ever given for operations in the air.

WHR-M was brought up at Parnham House in Dorset. The house had been purchased by his grandparents in 1914. At Parnham William and his mother, Linda Rhodes-Moorhouse (nee Morritt), were surrounded by an extended family and William grew up with cousins who were near in age. It was here that William’s father was given burial in a private cemetery, a rare honour for those who fell in France.

William was educated at Eton and spent part of the winter holidays skiing in Switzerland with his mother and friends. Amongst this group was Gordon ‘Mouse’ Cleaver – William would later serve alongside him in 601 Squadron of the Auxiliary Air Force. Cleaver’s mother, Adelaide, owned a Percival Gull and encouraged William’s interest in flying. While still at Eton William took flying lessons at Heston aerodrome and received his license at the age of seventeen.

After leaving Eton William travelled in the USA and Africa and then, in 1936, married Amalia Demetriadi, daughter of Sir Stephen Demetriadi.

William was a passionate skier. He was selected as a member of the 1936 British Olympic Ski team but while practicing for the Ski-Jump he broke his shoulder. This accident (which was witnessed by 6,000 spectators) put him out of the competition.

In 1937 William joined 601 (County of London) Squadron, Auxiliary Air Force. The squadron became known as the ‘Millionaire’s Squadron’ because the first commanding officer, Lord Edward Grosvenor, decided that he would only recruit from members of White’s Club in London.

William was trained to fly the Bristol Blenheim, a twin-engined aircraft with one other crewmember who operated the radio and a defensive machine-gun. The aircraft was already obsolete but this would not become apparent until war broke out.

With tension rising, William and the other members of 601 were called to full-time service on 26th August 1939.

On 28th November he flew one of six Blenheims from 601 Squadron that joined with another six from 25 Squadron to mount a raid on the German seaplane base at Borkum, an island in the Frisian chain off the North German coast. All aircraft returned safely.

In March 1940, 601 was re-equipped with Hurricanes and the pilots would have had less than two months to adapt to them before the German attack in the West which started on 10th May 1940. In response to this ‘A’ flight of the squadron, including William, were sent on 16th May to Merville airfield in France, the same airfield that William’s father had taken off from on his final sortie. They were soon in action and William claimed a He111 shot down east of Brussels on the 18th. On Sunday 19th May William force-landed in Hurricane L2088 after his auxiliary fuel tank was holed by return fire from Me110’s over Douai. He claimed a Me109 shot down on the 22nd.

With the increasingly dire situation in France 601 were withdrawn to Tangmere on 17th June. In early July the attacks on the British mainland commenced. William shared in the destruction of Do17’s on 7th July and 11th July. He shot down a Ju88 and shared another on the 16th. He was awarded the DFC (gazetted 30th July 1940).

On 11th August William claimed two Me109’s destroyed. On this day his brother-in-law and fellow squadron member, Richard Demetriadi, was shot down and killed off Portland.

On 6th September 601 were heavily engaged above Tunbridge Wells with Me109’s. William’s Hurricane, P8818, was shot down and dived vertically into the ground near High Brooms railway viaduct. A RAF recovery crew was sent to the site but decided that the wreck was too deeply buried to salvage.

William’s father-in-law, Sir Stephen Demetriadi, engaged a civilian contractor to recover William’s body. After a cremation service in Brighton William’s ashes were buried alongside his father at Parnham House.

Survivors of 601 have testified that the loss of William Rhodes-Moorhouse was felt to be unbearable, coming as it did on top of the death or injury of almost all of the squadron’s pre-war stalwarts. The following day, 7th September, 601 were withdrawn to Exeter to rest and absorb replacement pilots. 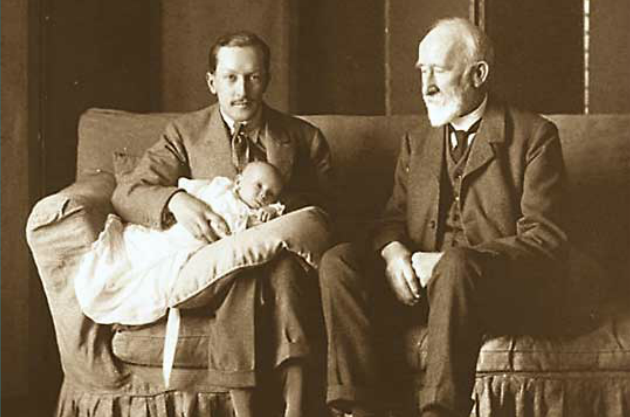 Illustrious beginnings – in the arms of his father William Bernard Rhodes-Moorhouse, winner of the first Air VC (posthumously). and looked on by his Grandfather. 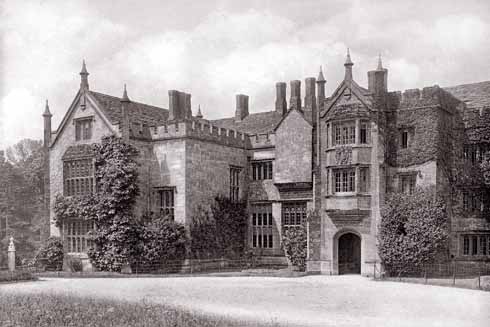 Parnham House. A sixteenth century Grade 1 listed house that very tragically was mostly destroyed by fire in 2017 – a case of arson under mysterious circumstances. 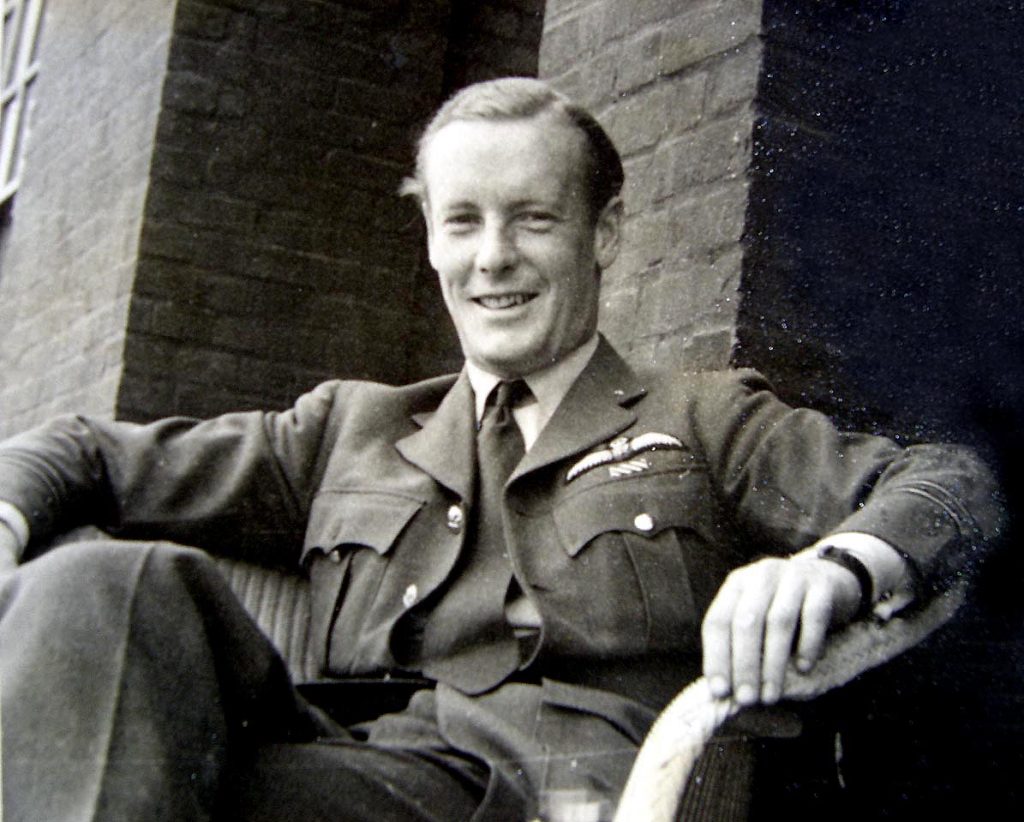 Famed shot of Willie on the back veranda of The Ship, 601’s place of choice in Bosham. Photo I believe taken by Jack Riddle. 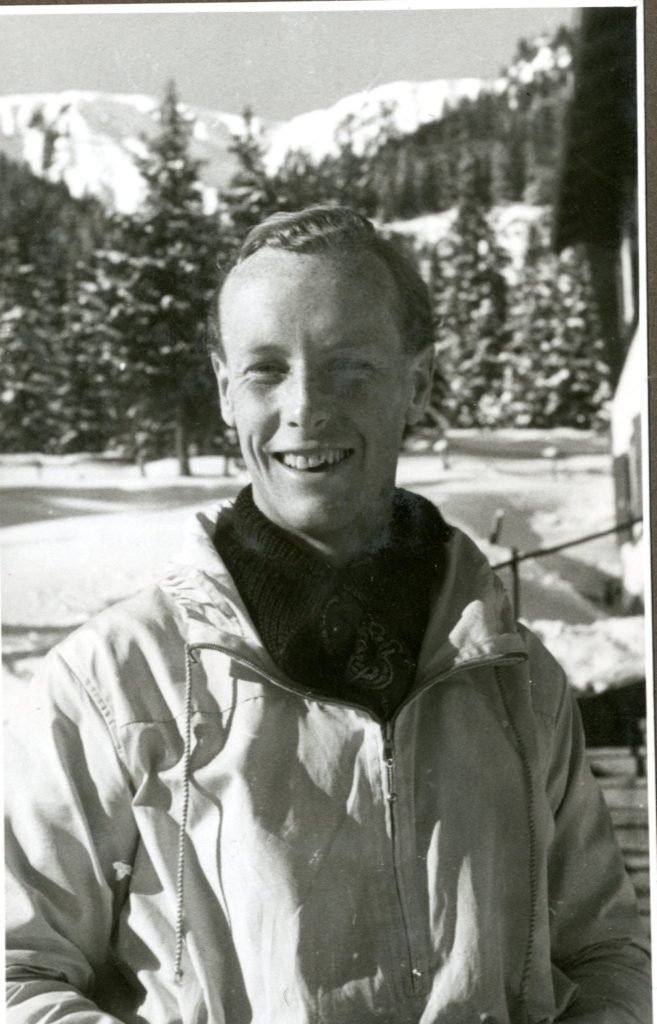 Wonderful shot of Willie on the slopes. He was an Olympic skier, participating in the 1938 games. Possibly St. Moritz? 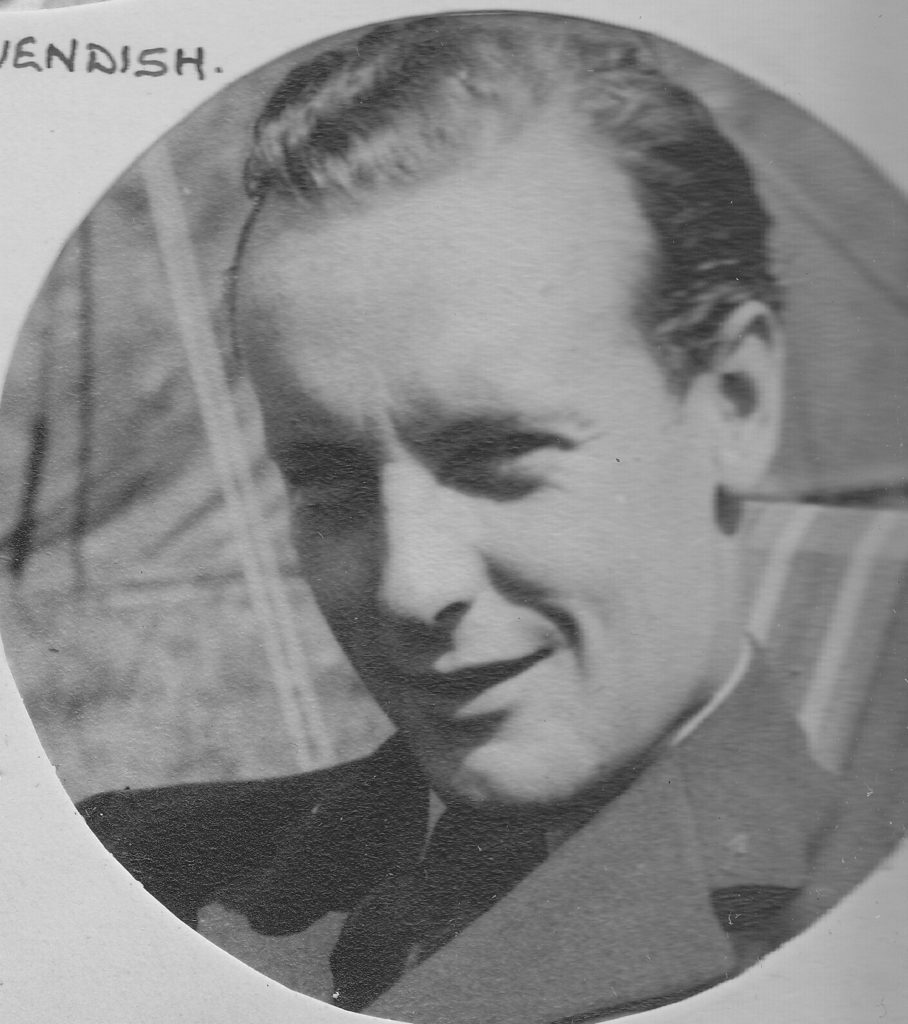 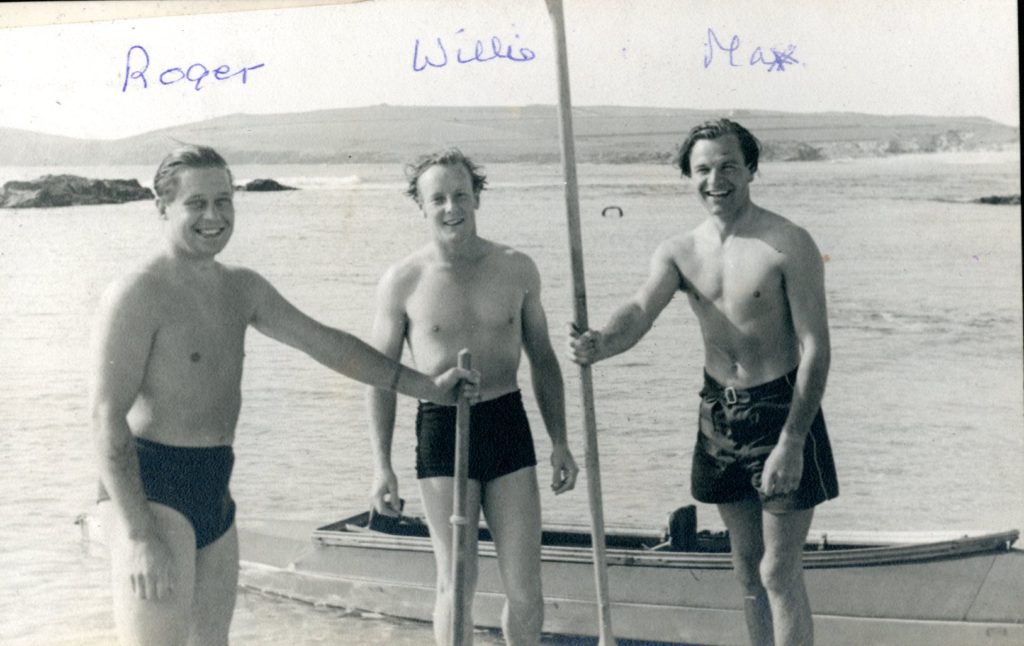 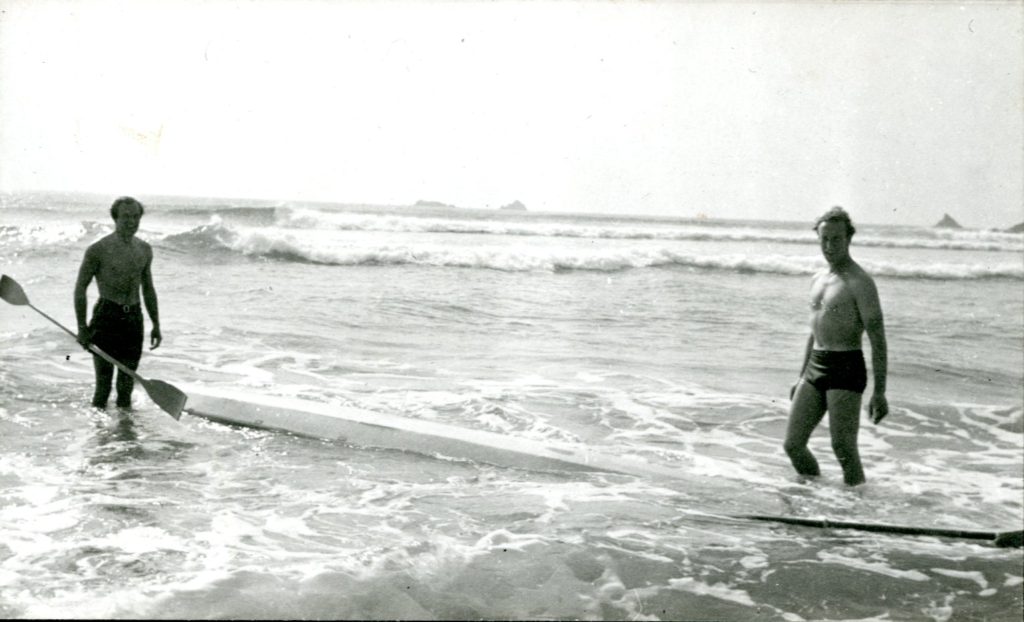 More from the series, Max and Willie. 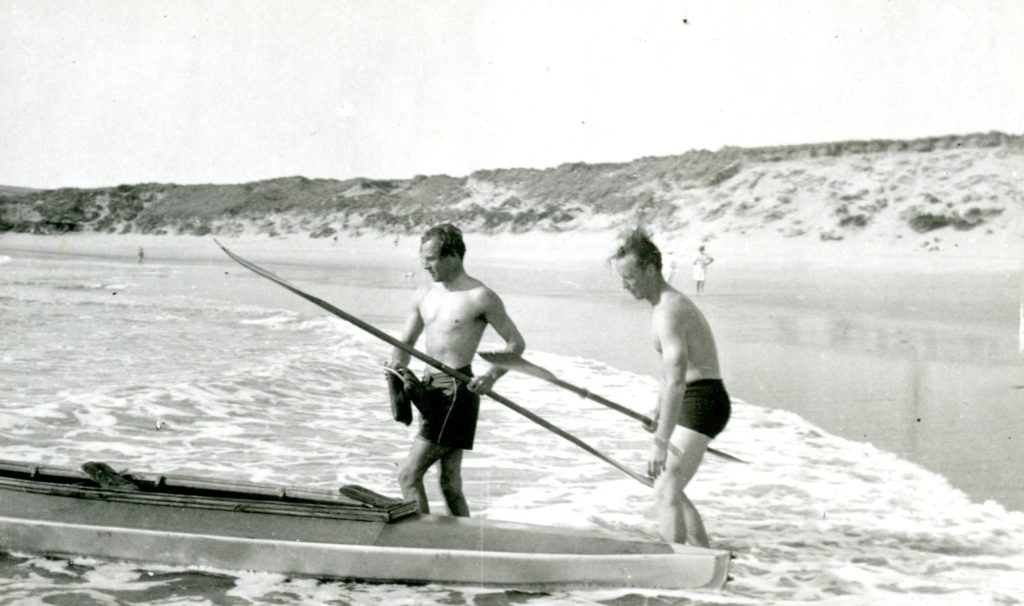 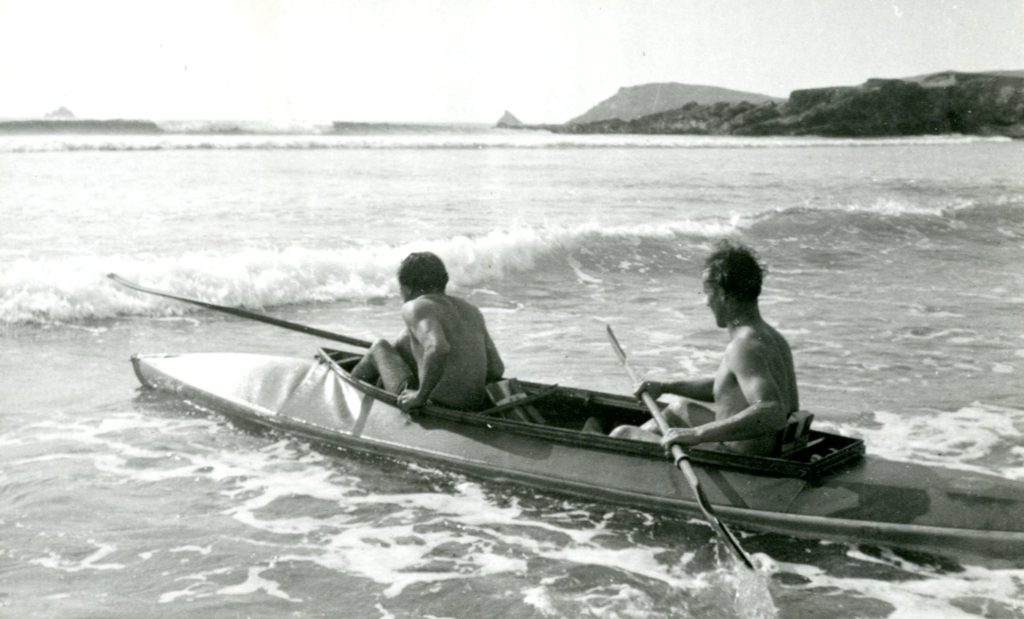 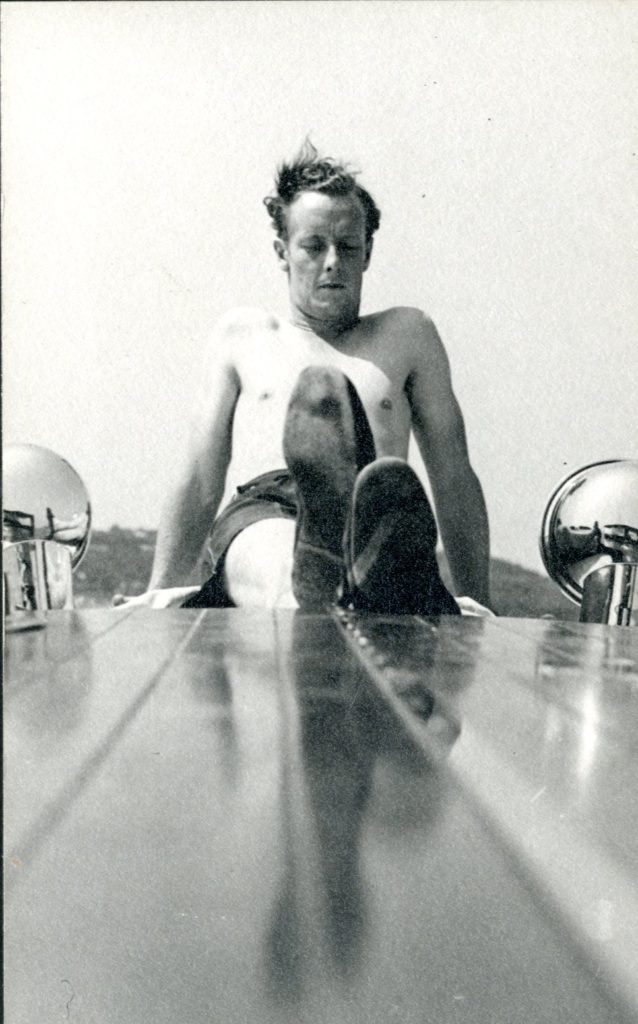 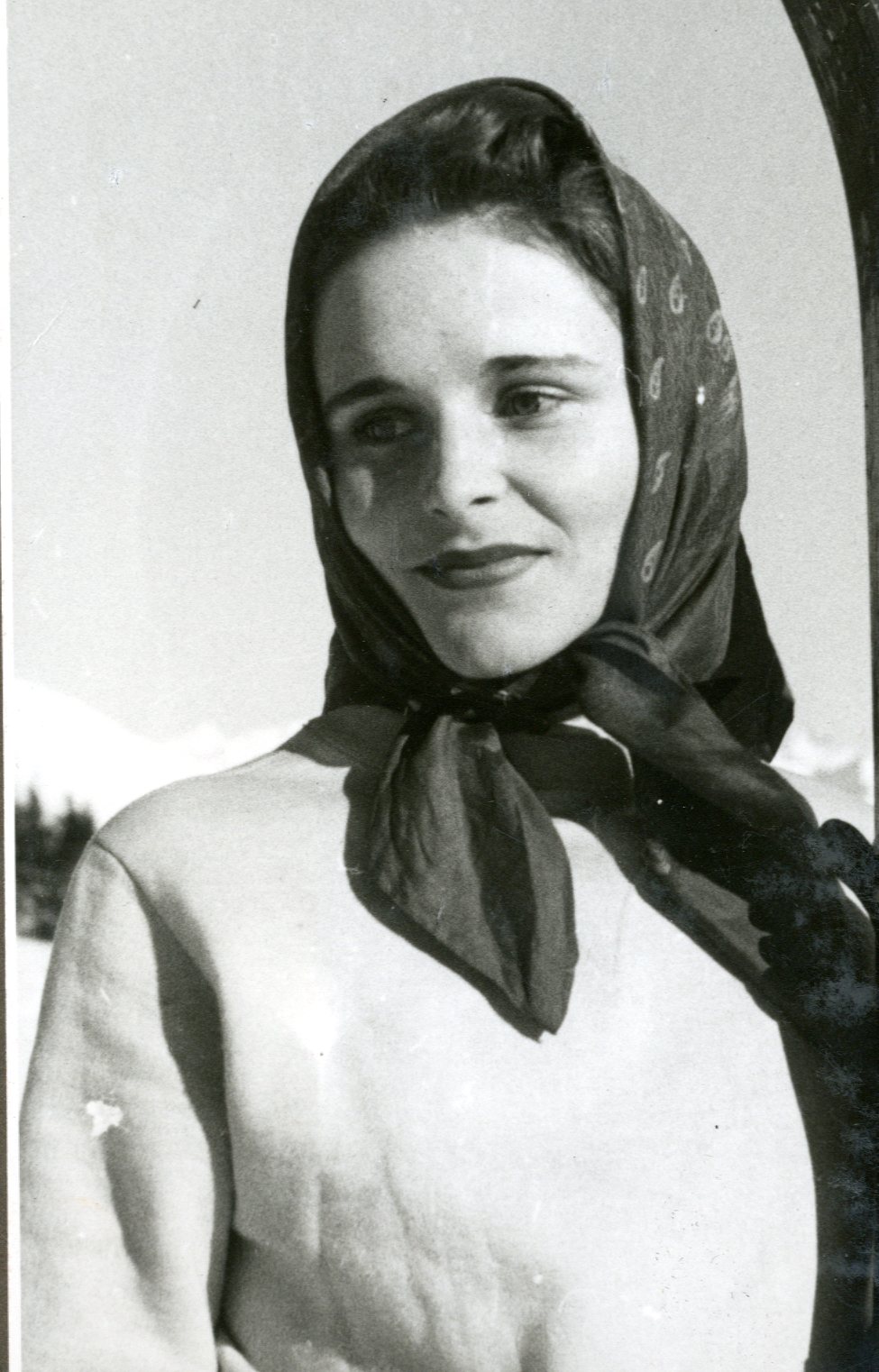 The very beautiful Amalia – wife of Willie R-M and sister of Dick Demetriadi, another of 601’s pilots. Sometimes in gathering these photographs, some stand out due to a story. In this case, from a personal note I find these few photographs haunting. These images were taken while the couple were obviously on a boating outing. But it’s almost as if they knew what was to come. To me at least (editor’s prerogative) there almost seems to be a sadness in their faces. Likely I’m reading into it what might not have been, but who knows? 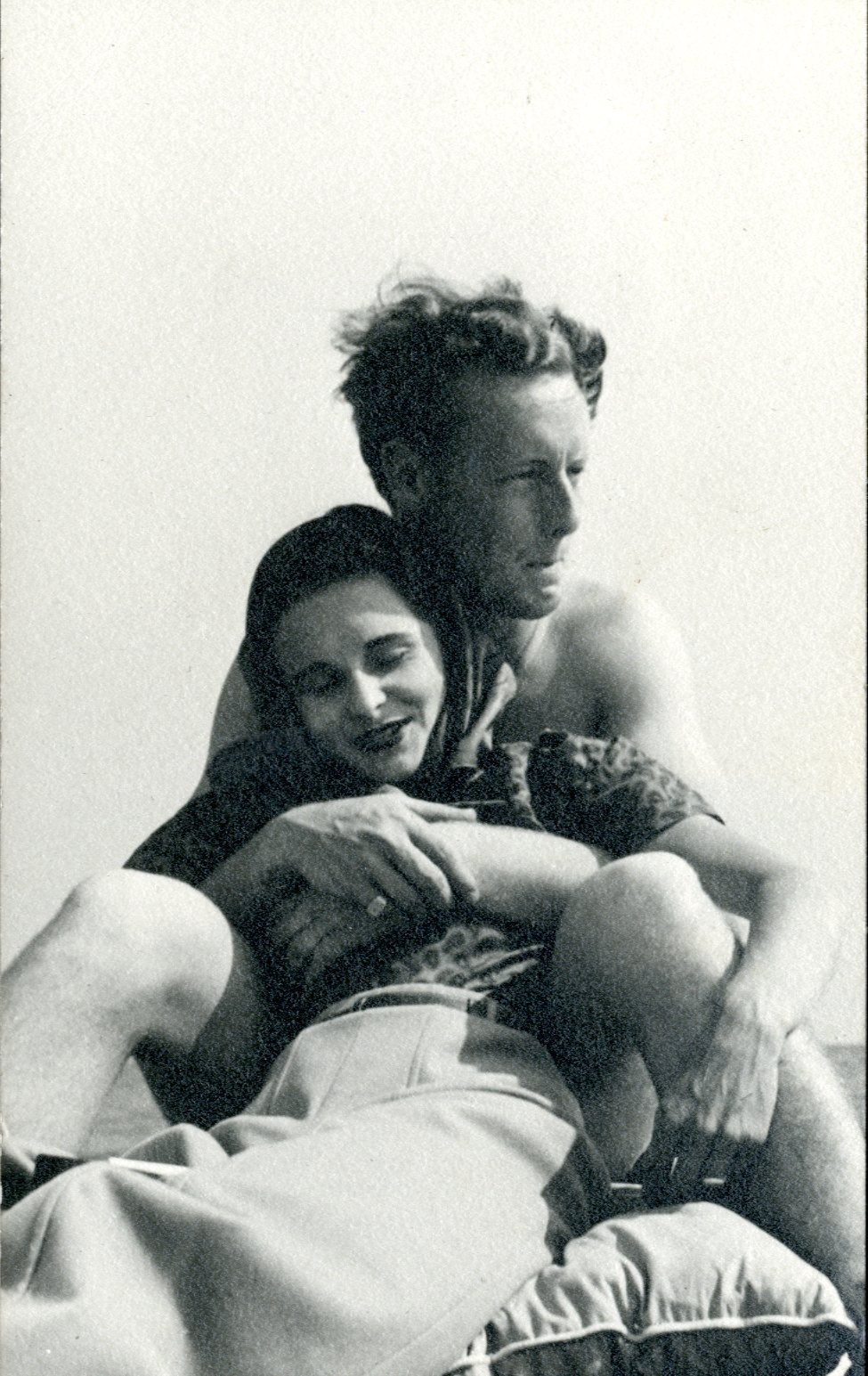 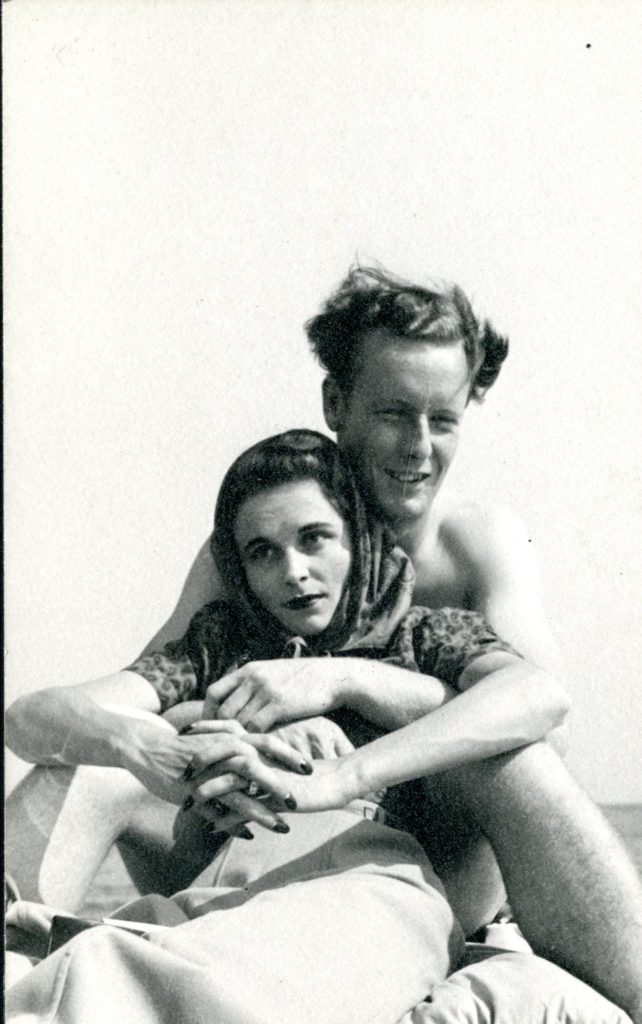 In a short amount of time, both her brother and her husband, both in 601, would be dead. It’s reported that Amalia never re-married and lived mostly alone the rest of her life. It is also said that she kept a tunic belonging to Willie in her home. 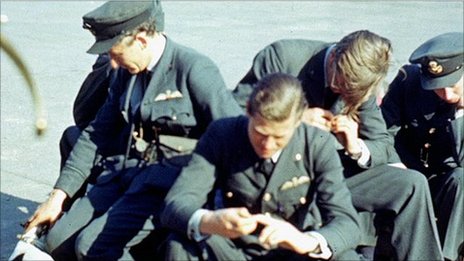 A few years back, a program was aired called ‘Dig 1940’ and it featured some brief footage (in colour) of 601 Squadron. This still has been widely printed. The film is the stuff of legend and dreams for those who study 601, but it remains in the family’s possession and mostly unseen except for those few tempting bits. 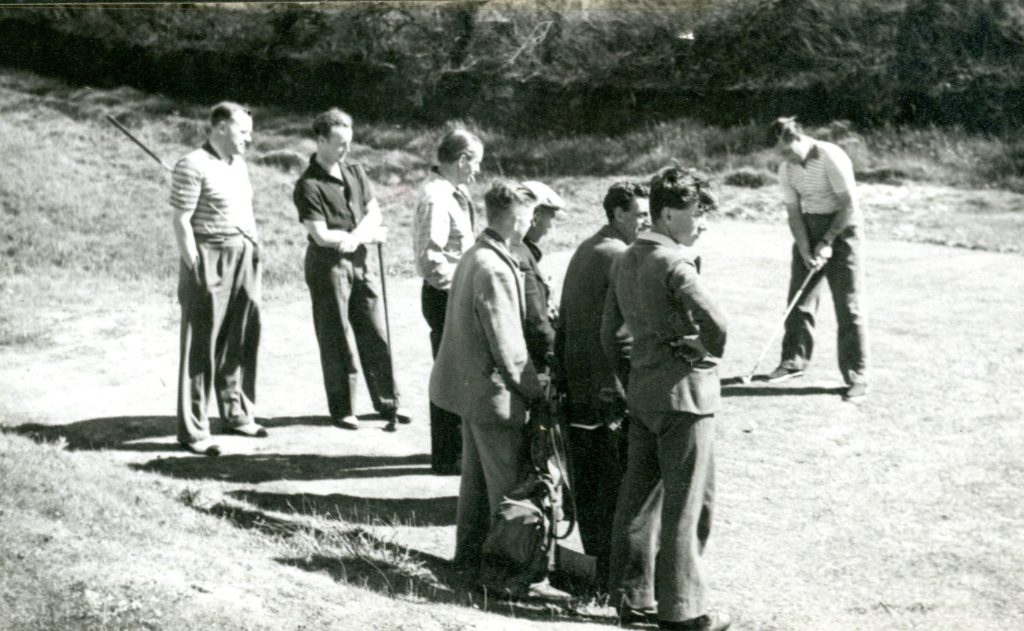 A game of golf. Roger Bushell teeing off and Willie second from left. 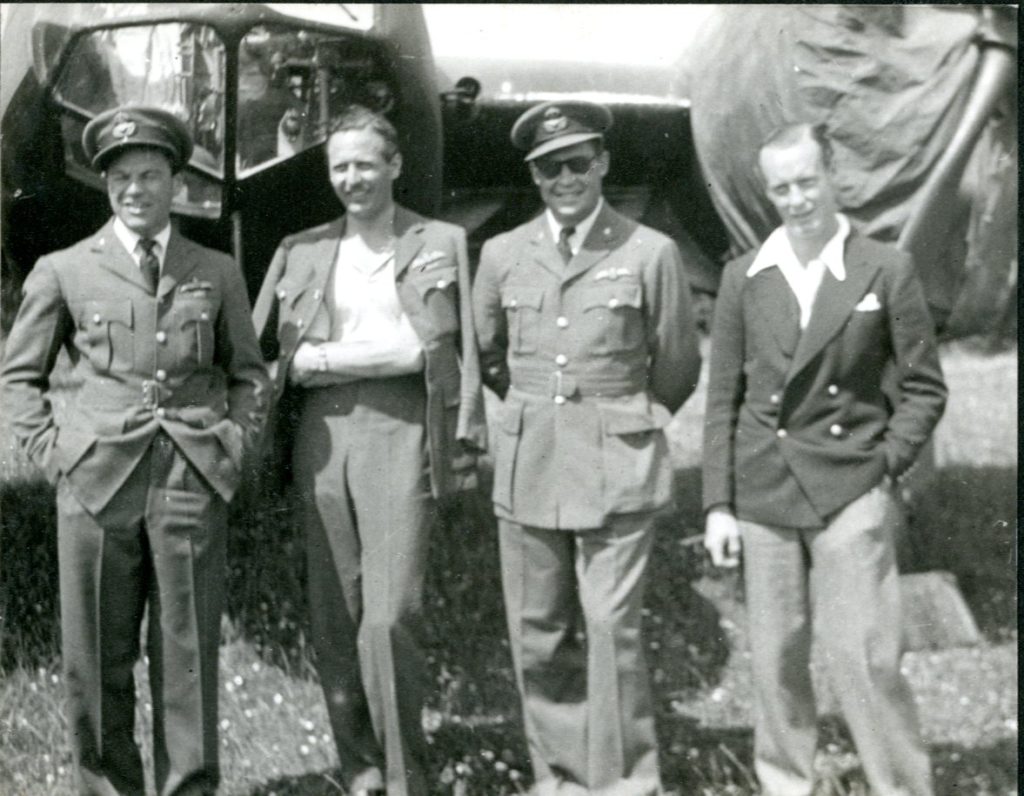 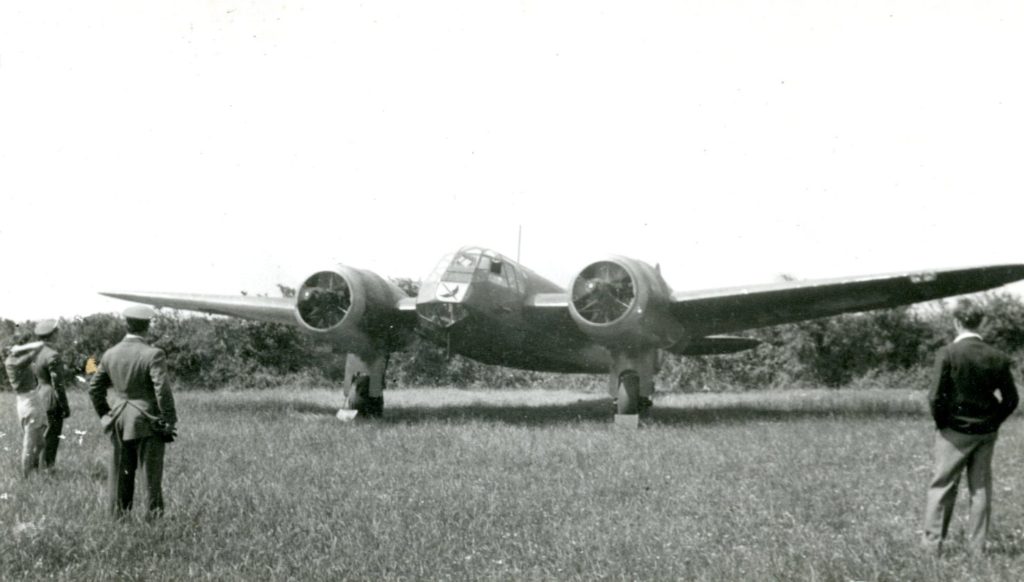 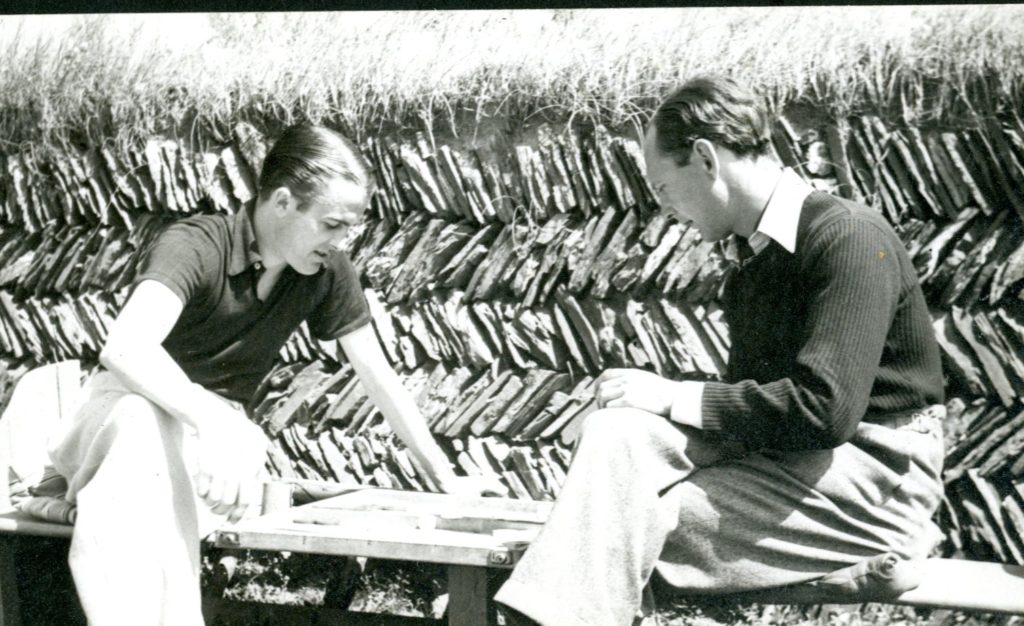 Willie on the right, not sure of the circumstances. 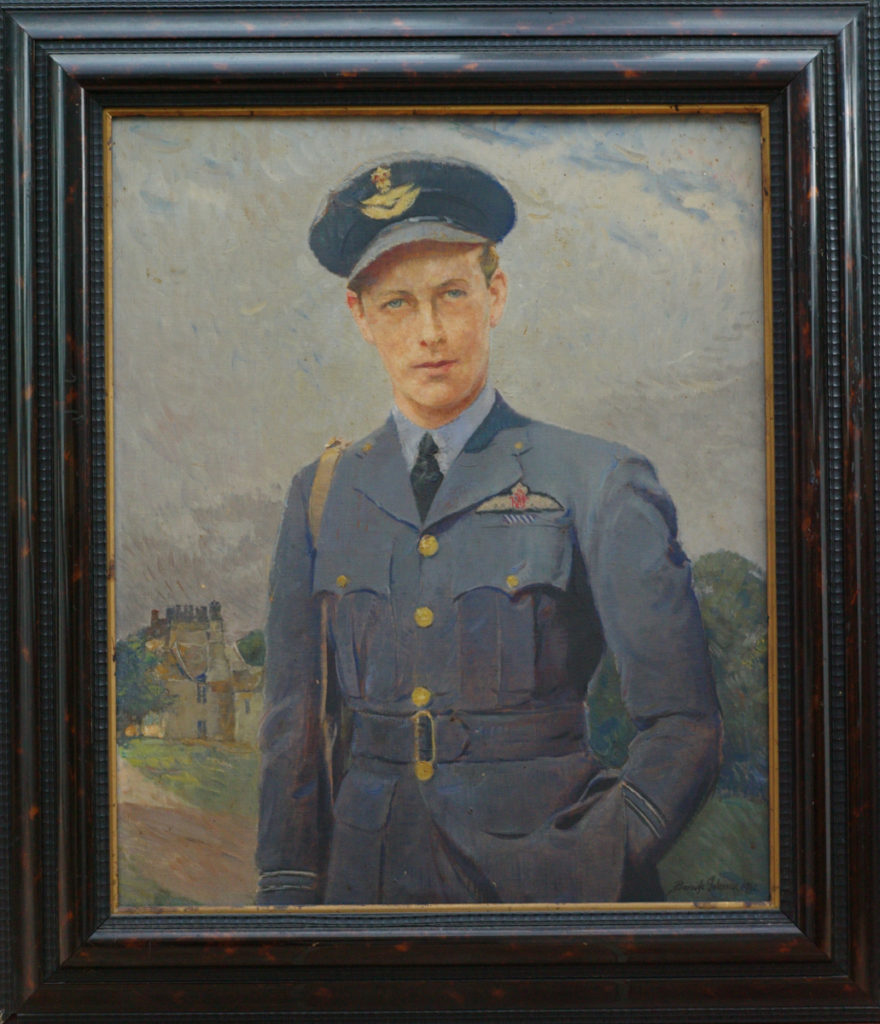 Portrait done after Willie’s death (from a photograph).