Some years ago now we were contacted by James’ daughter, Sue Merenyi – a lovely person who I am very pleased and happy to say I’ve corresponded with often over the years.  She very kindly provided the information and the photographs below.

James Anderson Smith was born on the 10th of May, 1925 – the son of a British miner.  He enlisted in the RAF during the war in 1943, but very fortunately for him the war ended just as his training in Rhodesia was coming to a conclusion.

James was posted to 601 Squadron as a Flight Lieutenant at North Weald on 30th of April, 1956.  His logbook shows that his first flight with the squadron was on May 2nd, and he served with the Squadron until disbandment the following year.  Smith had been a flight instructor and his logbook certainly demonstrates a good deal of flying time.

He would remain in the RAF until until 1980 with his last posting as a Squadron Leader at Manston in charge of a squadron of Wessex helicoptors.  He re-formed the search and rescue unit at Manston and is credited with saving quite a number of lives! 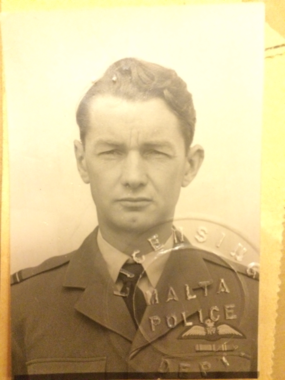 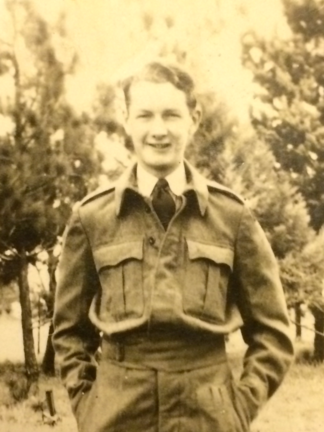 Another shot of Smith Good shot of the Squadron with men labeled. 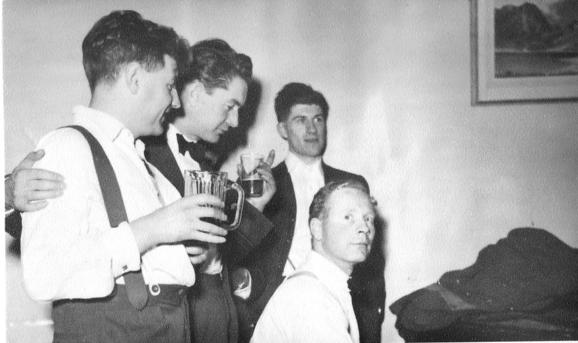 James at the Squadron mess, 2nd from left. Tom Moulson plays the piano. 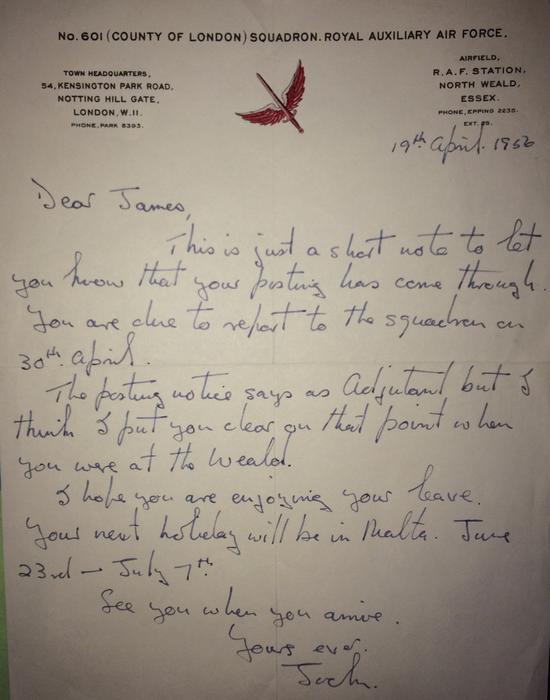 The letter posting James to 601. 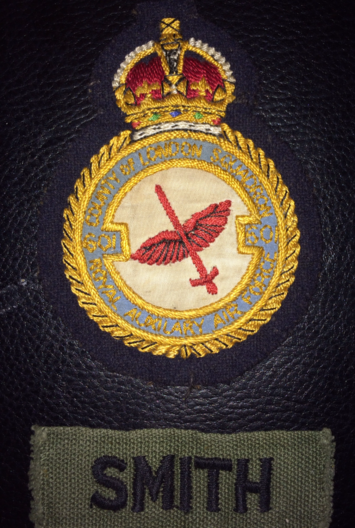 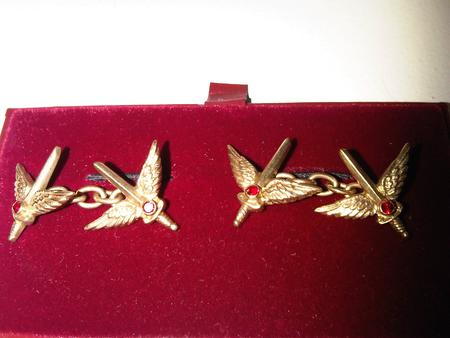 The famed 601 cufflinks. When it was learned that the Squadron was to be disbanded, it was decided that they would dispense of the Squadron’s accumulated funds so as not to return them to the MOD. They tried to drink up all of the funds, but this proved too daunting, even for ‘seasoned professionals’. So the men of 601 had cufflinks made. It’s rare indeed to find a set. 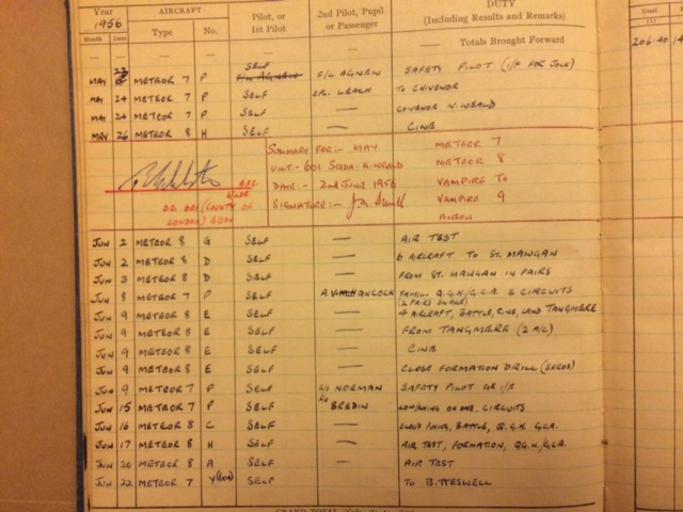 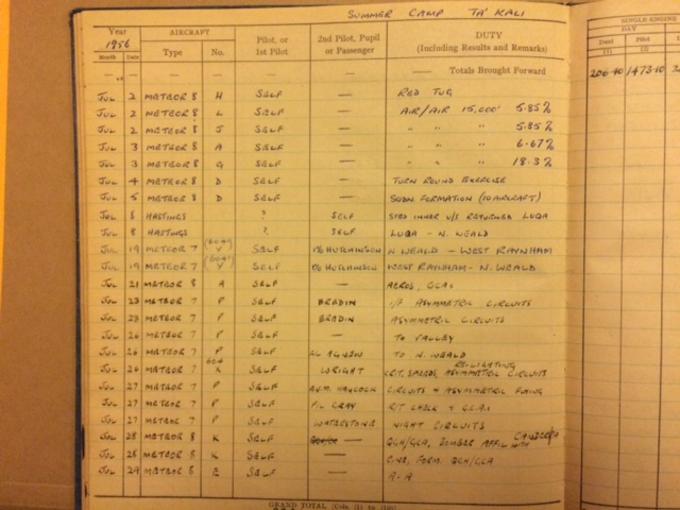 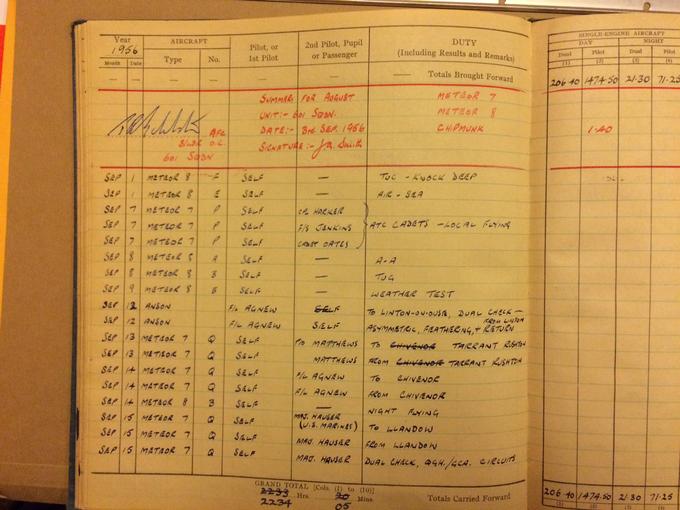 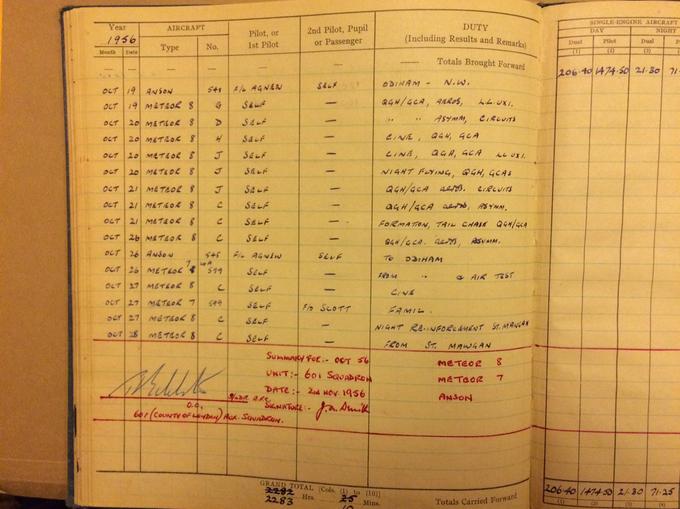 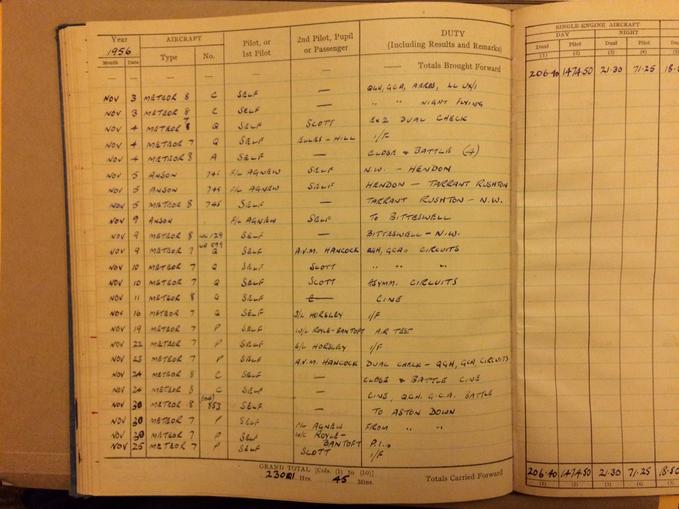 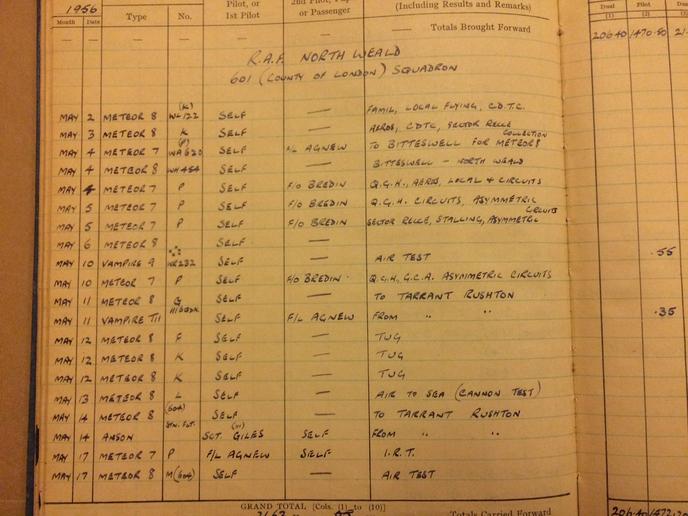 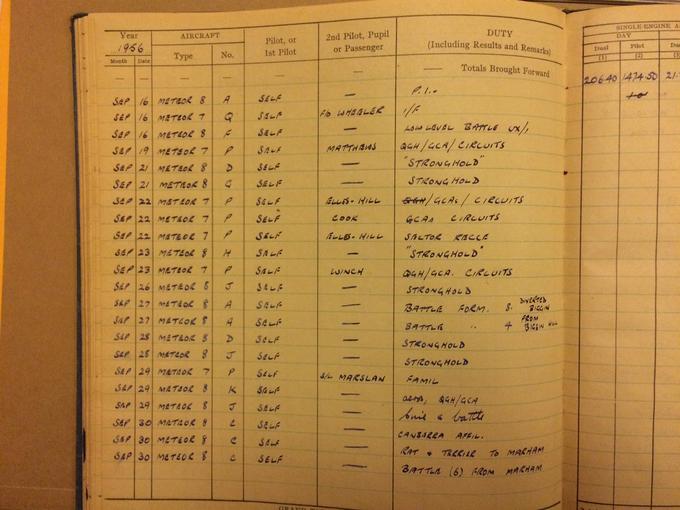 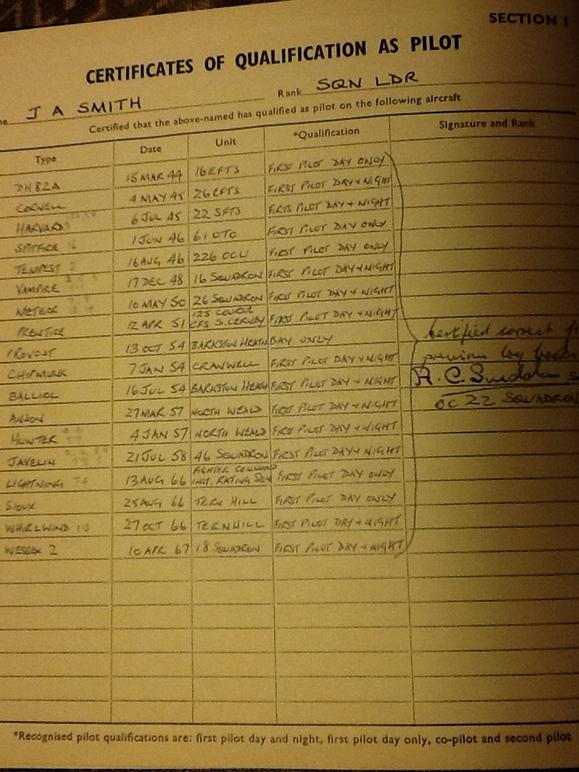 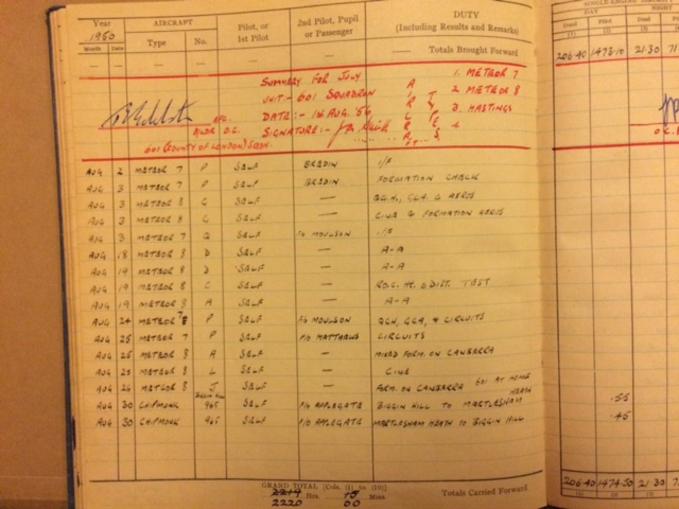 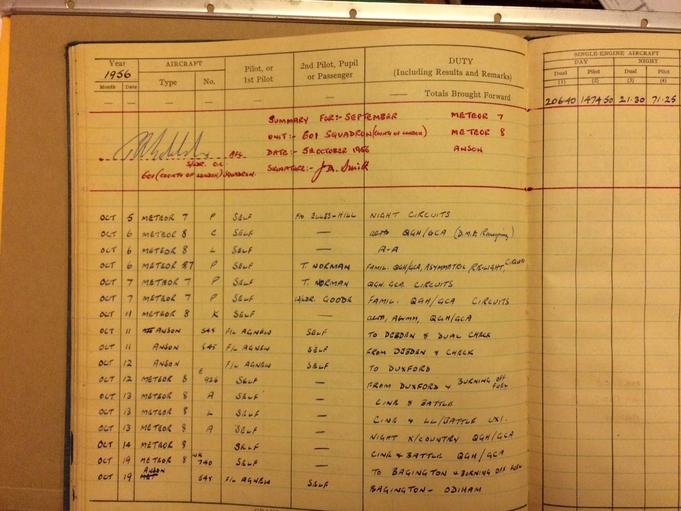 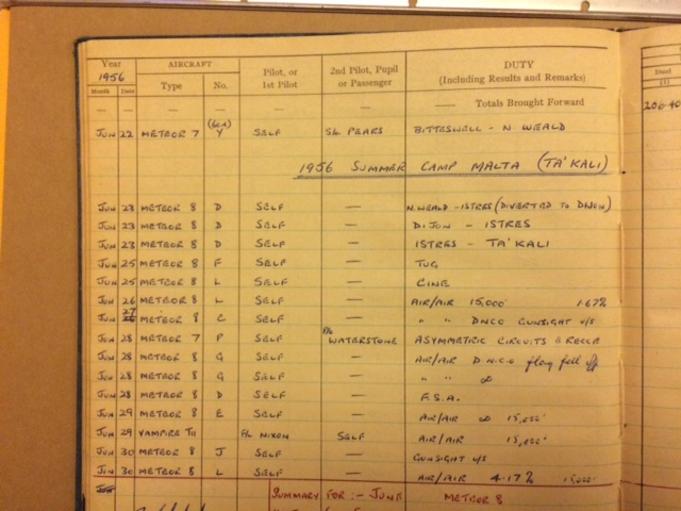 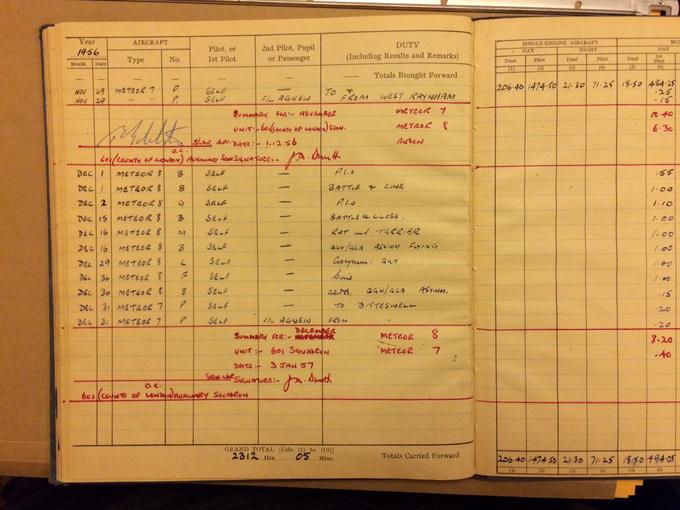 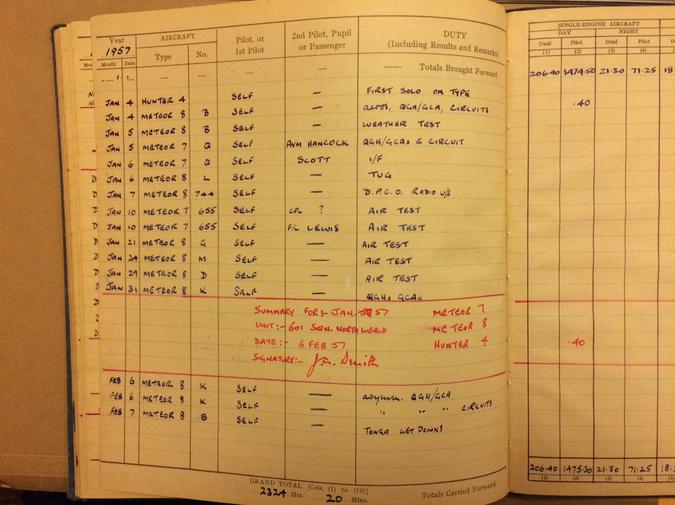